It’s a hard choice to choose the top courses from the home of golf without disagreeing with someone or…everyone! Of course no list would be complete without the world famous, St. Andrews’ Old Course or the legendary Muirfield but there are so many tournament class courses to narrow down to ten so here is a list for all avid golfers to dream on. Some of these golf courses are famous for their rich history, while others offer breathtaking views and unique locations.

Nestling between two busy seaside resorts, the Royal Lytham and St. Annes Golf Course is one of the most unique courses in the rotation of the British Open. It is a links in every sense of the word, with sandy soil and the wind blowing in from the Irish Sea. Open to the elements, the trees on the course permanently lean sideways, with the wind often proving a formidable competitor in the homeward five holes of the course. 1926 was a significant year for the club, not only did it host its first Open, but King George V gave his approval to adding the word ‘Royal’ to the club’s title just in time for the championship to start. The legendary American, Bobby Jones, won the 1926 Open, one of the most talented and successful amateur golfers of all time.

Any conversation about golf has to begin with St Andrews and no golf property comes close to capturing the history or ambiance of the Old Course. This is where the standard of 18-hole golf courses was established and is widely considered the “home of golf” and The Royal and Ancient Golf Club of St Andrews, founded in 1754, has hosted The Open Championship more than any other club.  It’s a safe bet that most of the original rules of golf were hashed out over its links. This town of 17,000 on the east coast of Scotland features stunning beaches, gentle rolling hills, and notoriously biting Scottish weather, though braving the elements is part of the St Andrews experience. True enthusiasts can stay at the Old Course Hotel for luxury alongside the links. But it’s the inherent layout of the course that makes it so memorable. It’s flat, but it’s on furrowed links land that hides much of itself from the view. 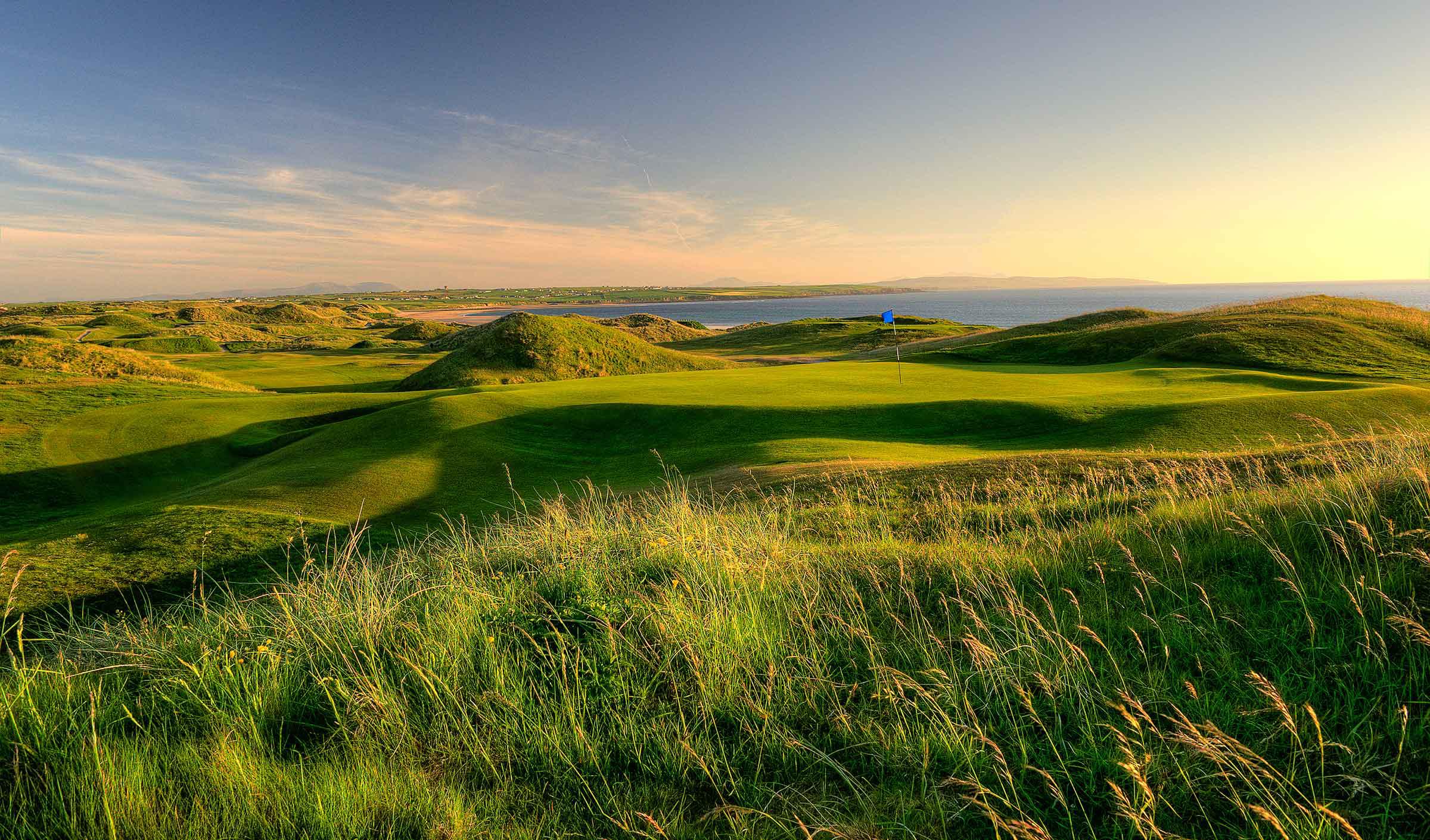 The “home” of golf is across the Irish Sea, but its soul surely lies at Ballybunion Golf Club in County Kerry. No other course in the British Isles or Ireland combines such spectacular golf with holes that are still fun and playable for the average golfer as does the incomparable and famous Old Course at Ballybunion. Challenge the corner of the cemetery on the first, and give new meaning to “do or die.” Work your way out to the sea and the roller-coaster 11th, tumbling 3 tiers along the cliffs. The Old Course is simply sensational, but there is even more to be experienced at Ballybunion, home of another course that is considered one of the best in Ireland, the Cashen. 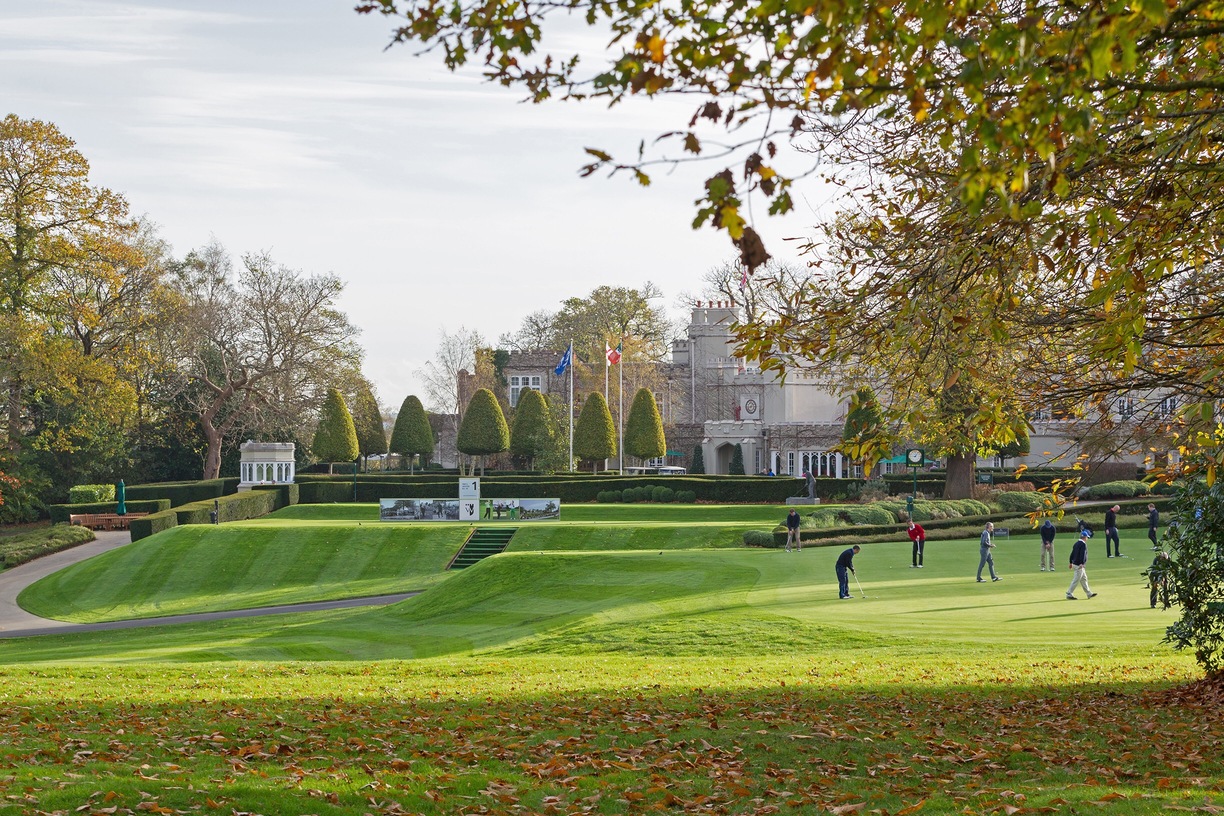 Golf at Wentworth is an experience. Follow in the footsteps of the game’s great players from the last 80 years. Legends such as Ben Hogan, Sam Snead, Jack Nicklaus, Arnold Palmer, Gary Player, Seve Ballesteros, Greg Norman, Nick Faldo, Ernie Els and Tiger Woods. It’s a venue where the past, present and future come together where classic, timeless golf course design and tournament heritage meets 21st century course conditioning and immaculate playing surfaces. The Club has three championship golf courses; this great triumvirate rub shoulders with one another in glorious English heathland surrounded by ancient woodland of pine, oak and birch. All courses have in illustrious tournament pedigree. The West annually hosts the HSBC World Matchplay and BMW PGA Championship. The inaugural Curtis Cup was played on the East and it was the setting for a match that then became the Ryder Cup in 1953. The Edinburgh is the newest addition to Wentworth’s portfolio and hosts the Wentworth Senior Masters every year. 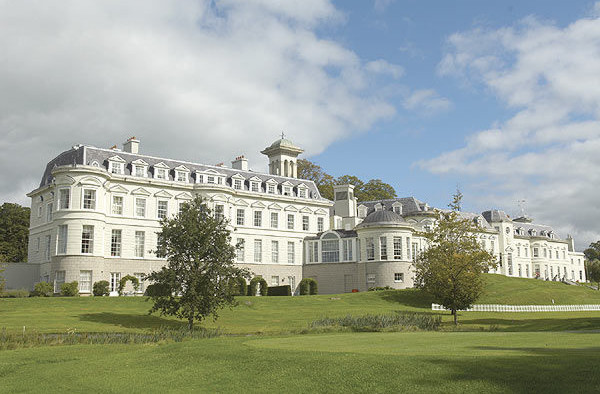 The Kildare Hotel & Country Club, popularly known as The K Club, offers superb accommodations and a magnificent American style parkland course. The K Club is the fulfilled vision of one man, Dr. Michael J. Smurfit, an Irishman of impeccable business credential who bought Straffan House and the surrounding gardens and grounds in 1988 and immediately began to enlarge and restore the manor, sparing no expense to replicate the historic house’s original glory. Located about 20 miles west of Dublin, the K Club hotel is a masterwork of grand style. The golf course was designed by Arnold Palmer and today, the course is in mint condition, drawing raves from many European Tour pros who can be seen here frequently practicing or playing. Meticulously landscaped, the course is served by a modern clubhouse that includes a cozy 19th hole with a balcony overlooking the 518 yard 18th hole.

Officially named, The Honourable Company of Edinburgh Golfers, is consistently ranked in the top ten courses in the world. Muirfield is no mere golf club. It has a name that distinguishes it from all the rest of the top courses. This is not a Country Club in the American sense with no kids, no tennis courts, just golf. This is the most formal course of them all; with a name that speaks volumes about the seriousness of the endeavor. The course that is played is known as Muirfield. Getting on the course requires a precision in its planning closer to a military operation than booking a tee time and can take several years to get on the course. Unless you are fully educated in the traditions of the game it is hard to appreciate how the Honourable Company of Edinburgh Golfers is different. The Honourable Company drew up the original 13 rules of golf in 1744. They were organized ten years before the governing body of golf in Britain – The Royal and Ancient.

The club on the world famous Trump Turnberry Golf Courses is situated on a beautiful peninsula of links land on the coast of South Ayrshire, with spectacular views across the Firth of Clyde to the islands of Arran and Ailsa Craig, the Mull of Kintyre and even to Ireland on a clear day. The silhouette of the lighthouse and ruined castle has become a symbol of Turnberry recognized by golfers worldwide, since it appeared on the first membership cards of Turnberry Golf Club. It is a legendary place on the headland of which stands the iconic lighthouse built in 1873 by Thomas and David Stevenson, the father and uncle of the famous writer, Robert Louis Stevenson, on a site amidst the ruined walls of Turnberry castle where legend has it that Robert the Bruce, King of Scotland, was born in 1274. 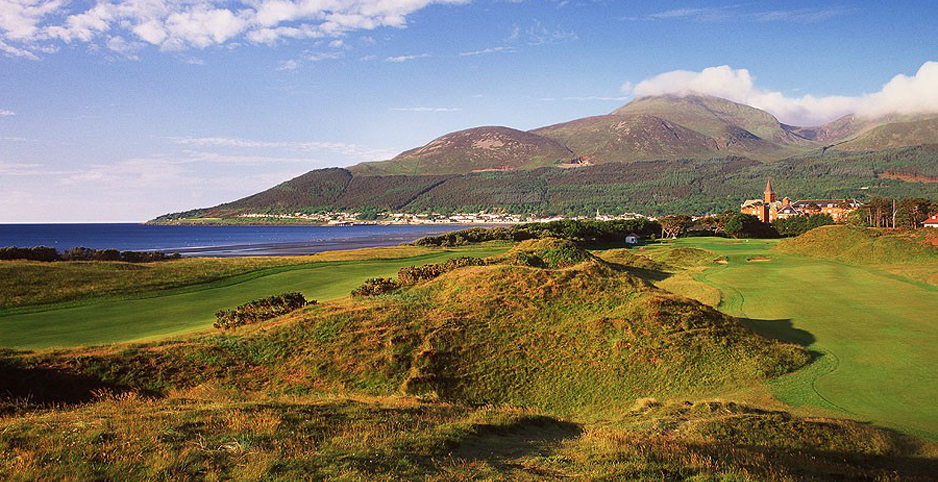 Opened in 1889, Royal County Down Golf Club is one of the oldest and well known golf clubs in Ireland. This exclusive club, whose membership is invitation only, boasts one of the most challenging links courses in the world. The Championship Links course is lauded as much for its beautiful scenery as it is for its challenging round. The unique landscape incorporates both the Dundrum Bay coastline and the neighboring Mourne Mountains. Narrow ribbons of fairway that are bordered by vast swathes of purple heather and golden gorse snake through the dune-covered landscape. The greens are fast and many have a tricky domed shape. The course is known for its ‘bearded’ bunkers, called such because they feature overhanging lips of marram, red fescue, and heather. The par-4 ninth hole is one of the most photographed holes in the golf world. This dramatic hole plays downhill to a fairway that sits 60 feet below. 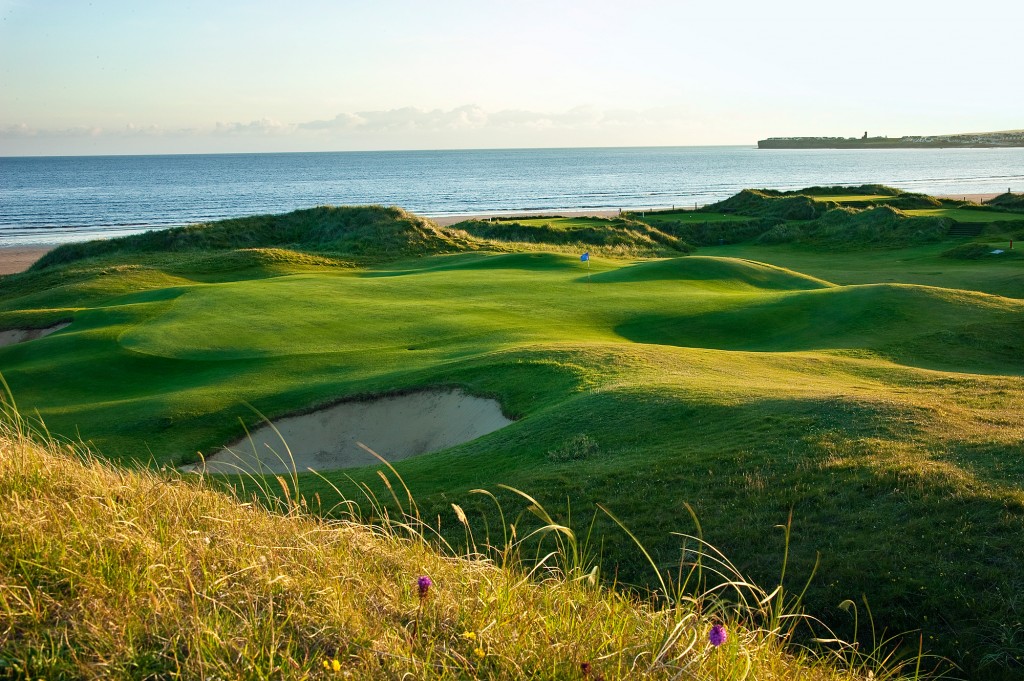 You’d be hard pushed to find a more enjoyable round of golf anywhere, just minutes north of the center of Dublin. Some truly memorable holes and the location and golfing terrain is second to none. The Old Course is one of two 18-hole courses at Lahinch Golf Club. Golf at Lahinch dates back to 1892, making it one of Ireland’s oldest clubs. The Old Course is a classic seaside links layout with rolling greens and undulating fairways. The towering sand dunes that cover the landscape guarantee that golfers will encounter several blind shots. The unpredictable winds coming off the ocean add an interesting twist to the round. A true championship test, it has hosted 19 Irish Opens, Walker Cup, Canada Cup, Irish Amateur Championships, and numerous other top class amateur and professional events. Arnold Palmer once referred to the 15th hole as “the finest par-3 in the world.”

Royal St. George’s has hosted the Open Championship many times and several noted professional golfers including Jack Nicklaus cite the course as their least favorite open course while several of the game’s great chroniclers including Bernard Darwin place it on their short list of very favorites. How can there be such disparity? The answer lies in one’s personal definition for the characteristics that define greatness. If you are Jack Nicklaus, you might argue for the merits of Muirfield over Royal St. George‘s as you believe that hazards should be seen so that playing strategies can be developed accordingly. If you are Bernard Darwin, perfect optics strike you as a bit mundane, a bit too matter of fact for the nuanced game of golf. Without the occasional bad bounce or blind shot, is the game nearly as fun? 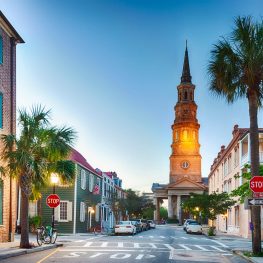 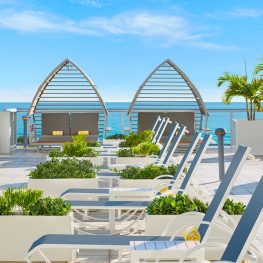 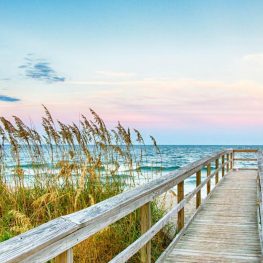