Top 10 Longest Bridges in The World 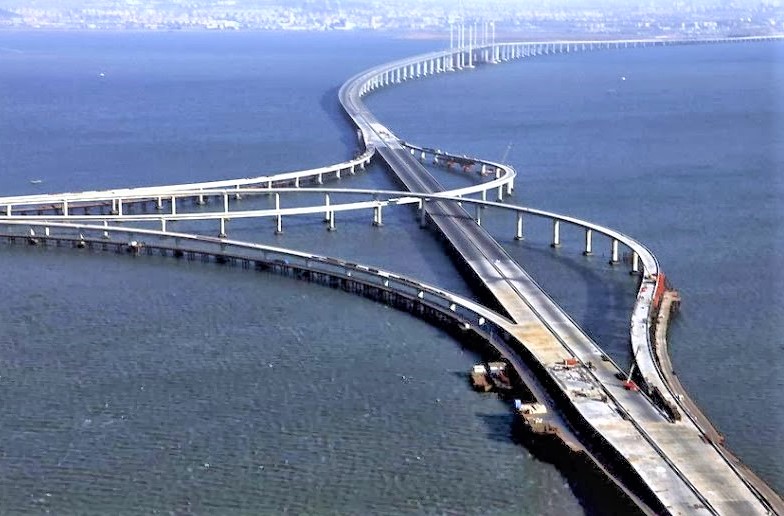 The Jiaozhou Bay Bridge, also known as the Qingdao Haiwan Bridge. Its construction finished in 2011 at the Shandong Peninsula. The bridge got the award because of covering 26,4 miles. It has 5,200 pillars supporting it and about 450.000 tons of steel and 2,3 million cubic yards of concrete were used for its construction. It was designed to tolerate earthquakes, typhoons and even with the impact of a ship of up to 300,000 tons. 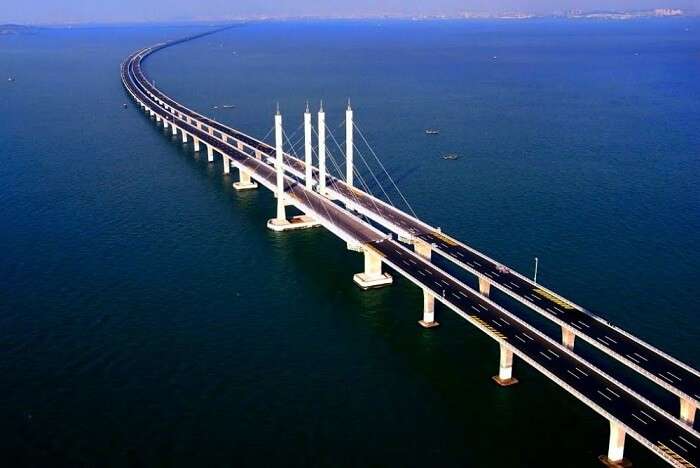 The Longest Bridge on Land

The longest bridge in the world is the Dayang-Kunshan Grand Bridge in China. The bridge is part of a high-speed railway system and has a length of 104 miles. It was inaugurated in 2011 and built-in just for years thanks to the work of 10,000 workers and crosses rice paddies, the Yangtze River Delta and the Yangcheng Lake in Suzhou. The train that goes through the bridge runs at 190 miles per hour, covering 24 stations. The line connects Beijing with Shanghai in less than five hours. More than 40 trains per day use the line, passing through the Dayang-Kunshan Grand Bridge. 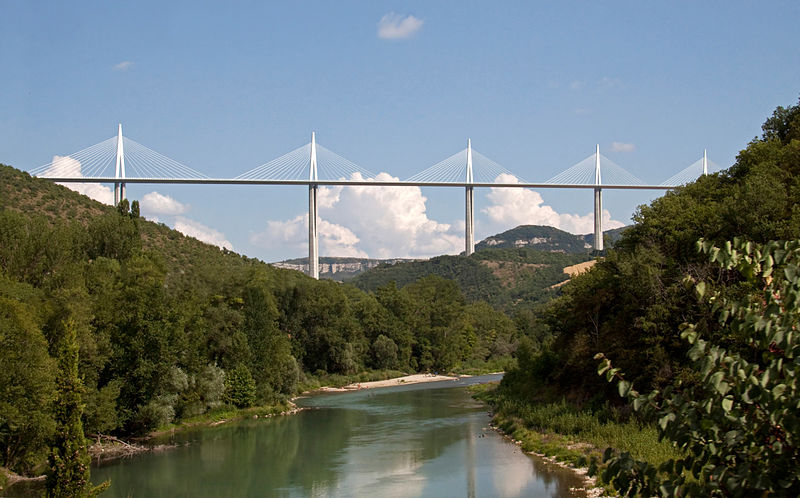 Length isn’t the single measure that can make a bridge impressive. The tallest one in the world, meaning the height of the structure’s tallest point, is the Milau Viaduct in Aveyron, France, considered a masterpiece of engineering for many reasons. It’s a stayed-cable bridge with a length of 1.5 miles across the Tarn River Valley. The expressway lanes reach 890 feet at their highest point, but the structure actually towers another 235 feet above for a total height of 1,125 feet. Due to its design, the bridge received many awards such as the Outstanding Structure Award and the Environmental Design and Architecture Award. 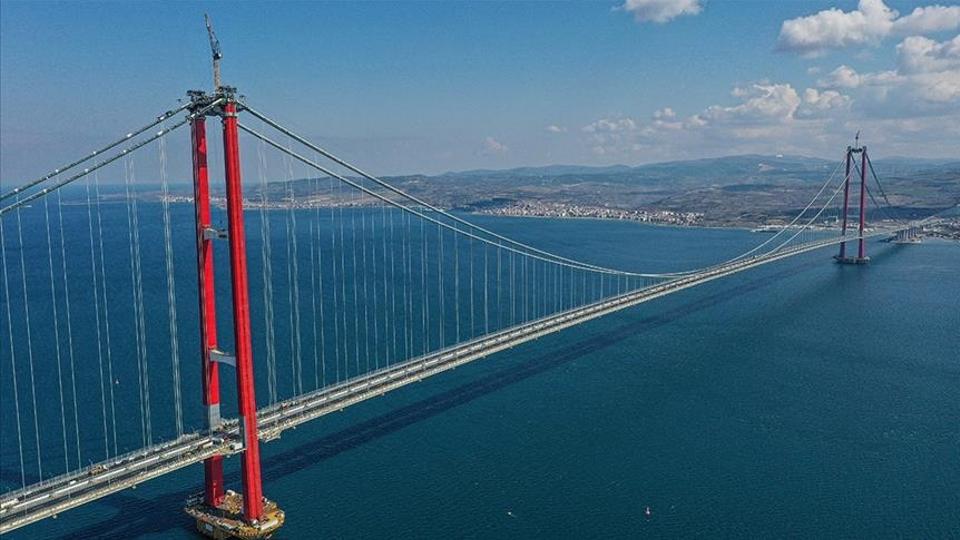 The 1915 Çanakkale Bridge has reached completion in Turkey with a span of 6,637 feet becoming the longest suspension bridge in the world. Open to traffic over the Dardanelles waterway, the massive structure was created by consulting group COWI for contractor DLSY to connect Turkey’s European and Asian shores. The bridge, named after the year of an important Ottoman naval victory against the British and the French during World War one, takes the title of the world’s longest suspension bridge from the Akashi Kaikyo Bridge in Japan, which has a 6,535 feet long span. The clearance between the water and the deck was engineered to accommodate high-stacked container ships and cruise ships that need to pass under it. 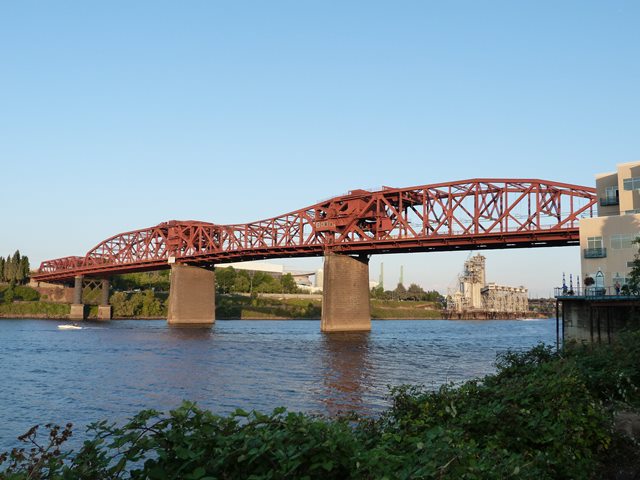 Usually, when you think of a bridge the image that comes to mind is a fixed one, with no movement and staying in the same place until it’s demolished. But that’s not always the case thanks to the movable bridges, which can open to let boats pass through. There’s one that stands out for being the longest: the Broadway Bridge in Portland, Oregon. The bridge opened in 1913, which a new approach added in 1927, and has a length of 1,613 feet. Its opening can take up to 20 minutes, which is more than the average of other movable bridges. 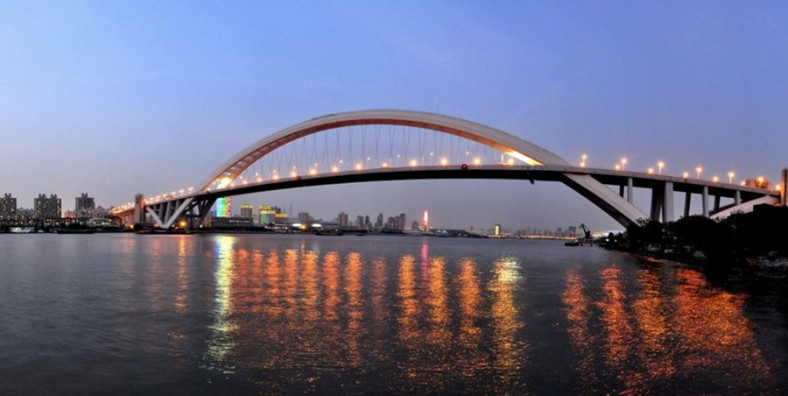 Located in the city of Shanghai, the Shangai Lupu Bridge is the longest arch bridge in the world. It crosses the Huangpu River and joins the Luwan and Pudong districts with a total length of 13,000 feet. It was inaugurated in 2003 and cost $300 million. After climbing about 300 steps to the top, you can reach an observation platform above the river that offers some of the best views of the city. It’s one of the tourism highlights in the area. 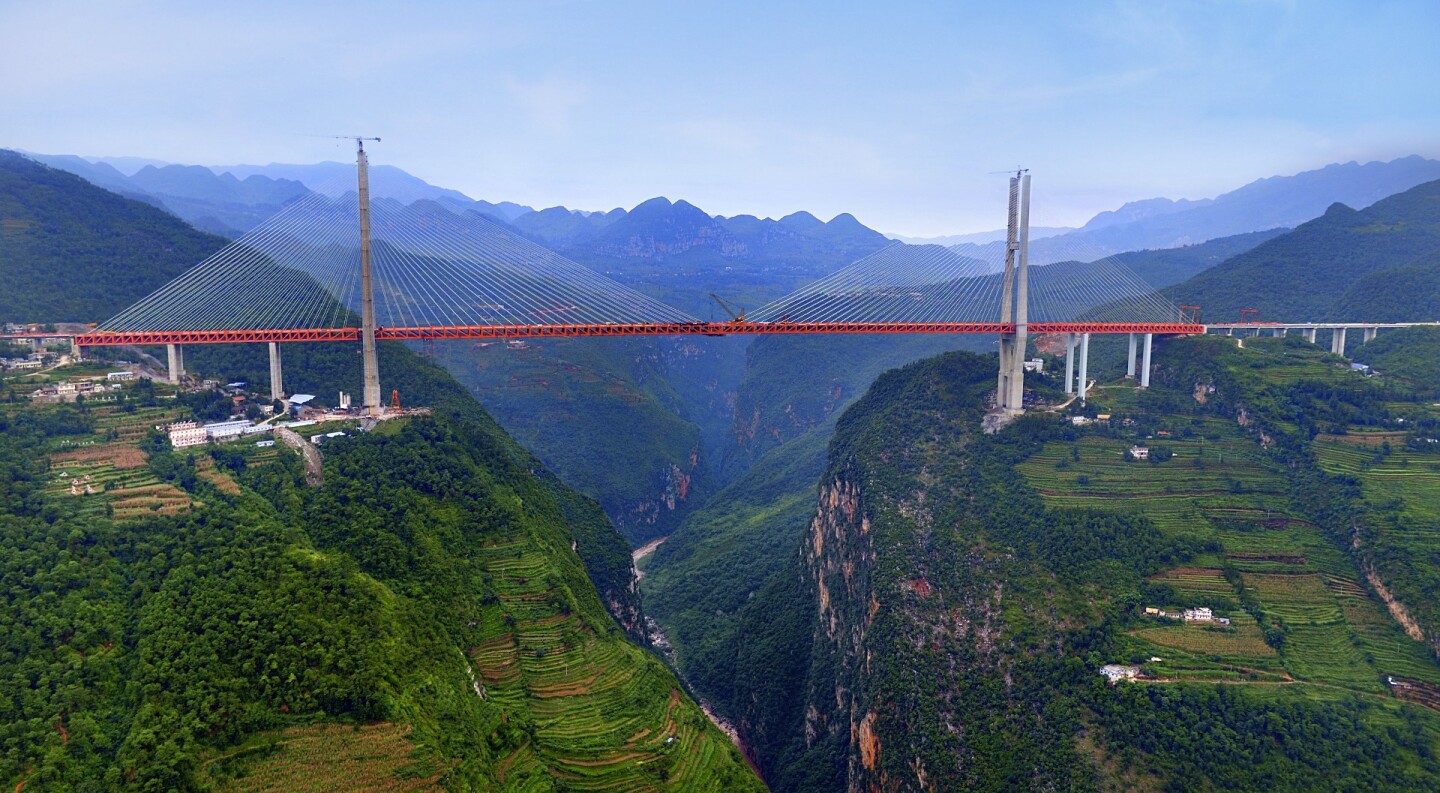 Reaching the record for the tallest bridge is quite a significant achievement, but there are others to consider. For example, the highest bridge in the world, which means the length between the span of the bridge and the lowest point on the ground. The bridge to break that record is the Duge bridge, also known as Beipanjiang Bridge Duge. It’s located in Guizhou, China and connects the cities of Hangzhou and Ruili, floating over 1,854 feet above the ground. Construction began in 2011 and was quite difficult due to the high winds and mountains in the area, finishing in 2014. 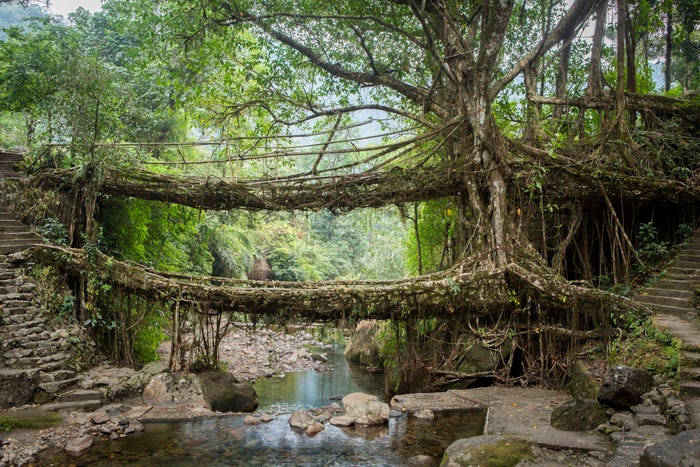 When visiting India, you can see living root bridges, which uses the century-old practice of training fig trees to grow into bridges. Locals manipulate the roots of the trees as they grow and push them together, so to make walkways and river crossings. The process can take up to 15 years and is usually done with fig trees. Examples can be found in many villages of the West Jaintia Hills district and East Khasi Hills district, such as Shnongpdeng and Nongbareh.

Located in the city of Changsha in China, the Lucky Knot Bridge was developed by the China-based Next Architects and inaugurated in 2017. It’s inspired in the Mobius ring, which is a ring that twists, and knotting, folk art from China that uses knots to create different shapes. The bridge crosses the Dragon King Harbor River and goes more than 600 feet in length.

Going to the bridge feels like going into a roller coaster, but it’s actually an optical illusion. The structure became an internet hit after being completed in 2004, as images made the bridge’s grade look steeper than what they actually are. It was built over the Nakaumi lake in Japan with iron and steel and it’s a major tourist attraction in the area.