Best Things to Do in New York - Award Winning Destinations

Best Things to Do in New York

Summer rolls around, and you make awesome plans for picnics, concerts, and cold drinks on a rooftop, then fall comes along, and you haven't done any of it. Even if you live in New York and avoid the out-of-towners walking shoulder to shoulder in Times Square, it’s your city so you’re also entitled to enjoy it! This helpful list of New York summer activities make staying in the hot and sweaty city on the weekends not only tolerable, but positively enjoyable. 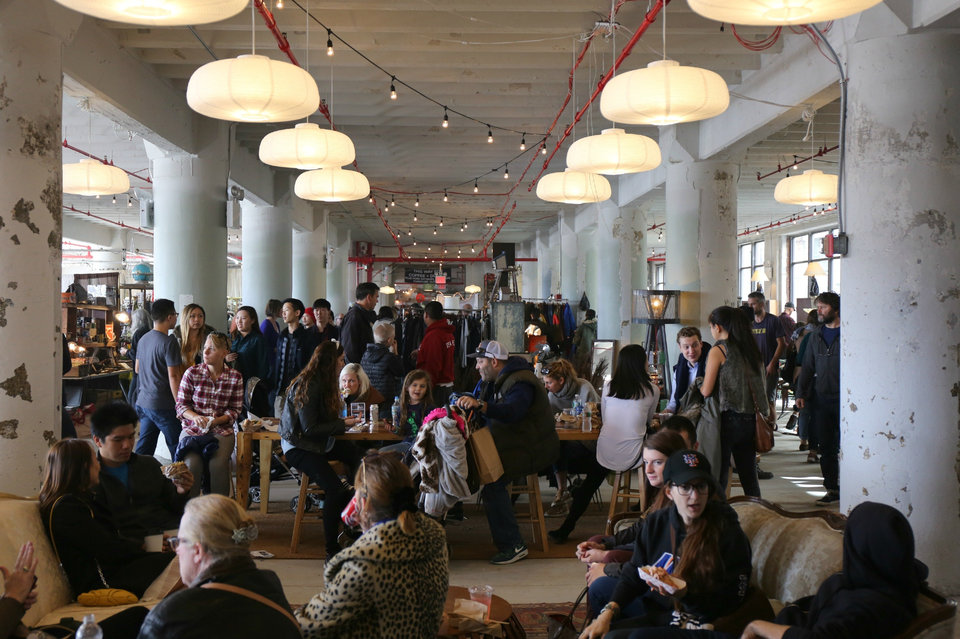 1. Chow Down at Brooklyn Flea's Smorgasburg 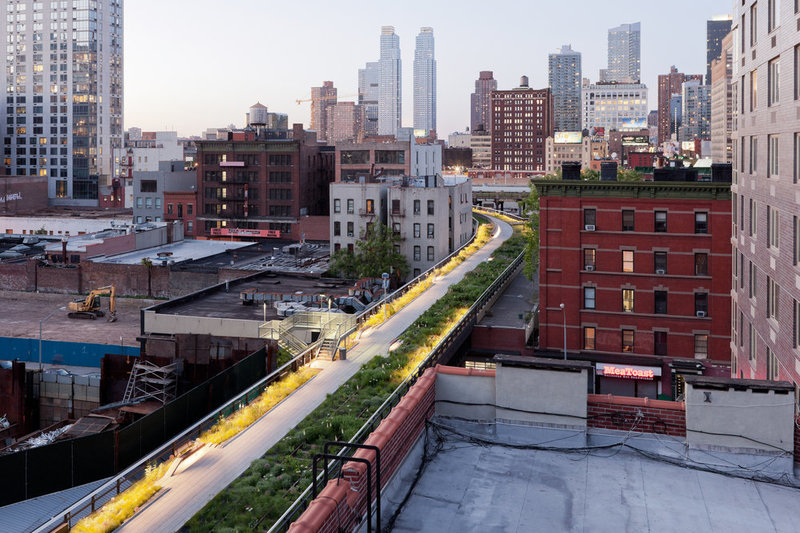 When the weather is pleasant, there’s nothing quite like walking the High Line. NYC’s elevated park is certainly one of more popular New York attractions everyone needs to check off their list. The High Line was once a rail track, which went out of use in 1980. In 2009, the 1.45-mile-long strip was transformed into what is now considered one of the most unique parks in NYC. The urbanite playground features wildflowers, greenery and outdoor art installations in addition to amazing views of New York’s skyline.

If you crave an escape from the city that won’t land you in debt, head to the ever-changing urban oasis of Governors Island, NY which combines park, concert venue, adult playground and outdoor art space into a single lovely haven for adventure. One of the best things to do in summer is ride the ferry and visit the car-free attraction. New York’s most convenient day retreat, Governors Island is a playground for urban dwellers. The 172-acre island is only 400 yards from Brooklyn and 800 yards from the southern tip of Manhattan. 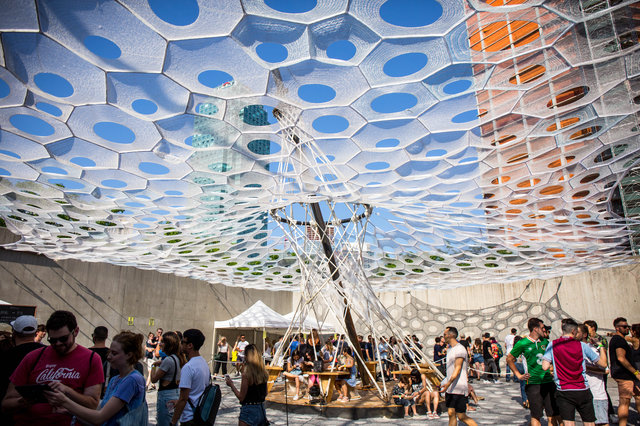 MoMA PS1 is one of the oldest contemporary art venues in the United States and an affiliate of the Museum of Modern Art in Manhattan. Its mission is to showcase some of the most cutting-edge art anywhere.  A New York summer staple, MoMA PS1’s highly anticipated Warm Up outdoor music series continues its tradition of introducing audiences to the best in experimental live music, sound, and DJs—both local and international—across a range of genres. Warm Up supports both established and emerging artists by creating a platform that allows for experimentation and providing a space for collaboration, new material, and side projects. Warm Up is held in MoMA PS1’s courtyard. 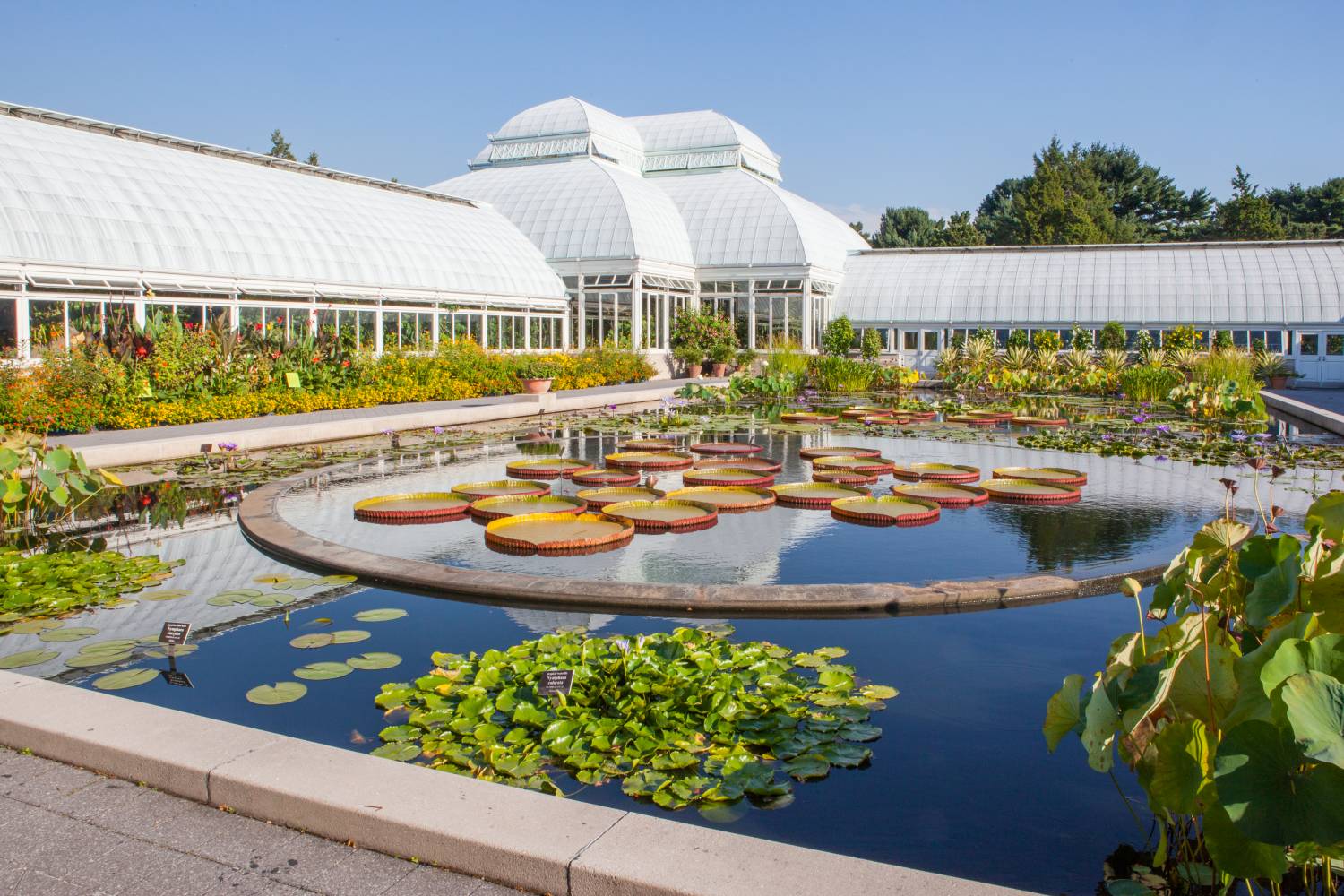 5. Tour the New York Botanical Garden in the Bronx

It has 14 different gardens to peruse along with events and classes such as wild medicine, gardening and cooking demonstrations. More than five times the size of its Brooklyn counterpart, this lush, 250-acre forest, flower and plant habitat delivers a refuge for urbanites and a relaxing chaser to the Bronx Zoo right next door. Warm weather brings the giant water lily to the tropical pool and over 3,000 fragrant roses to the Peggy Rockefeller Rose Garden, but the garden is a year-round destination with blooming indoor and outdoor gardens, concerts, hundreds of classes, special exhibits, the quiet retreat of the surrounding forest, and guided tours of the exotic tropical rain forest in the Enid A. Haupt Conservatory. 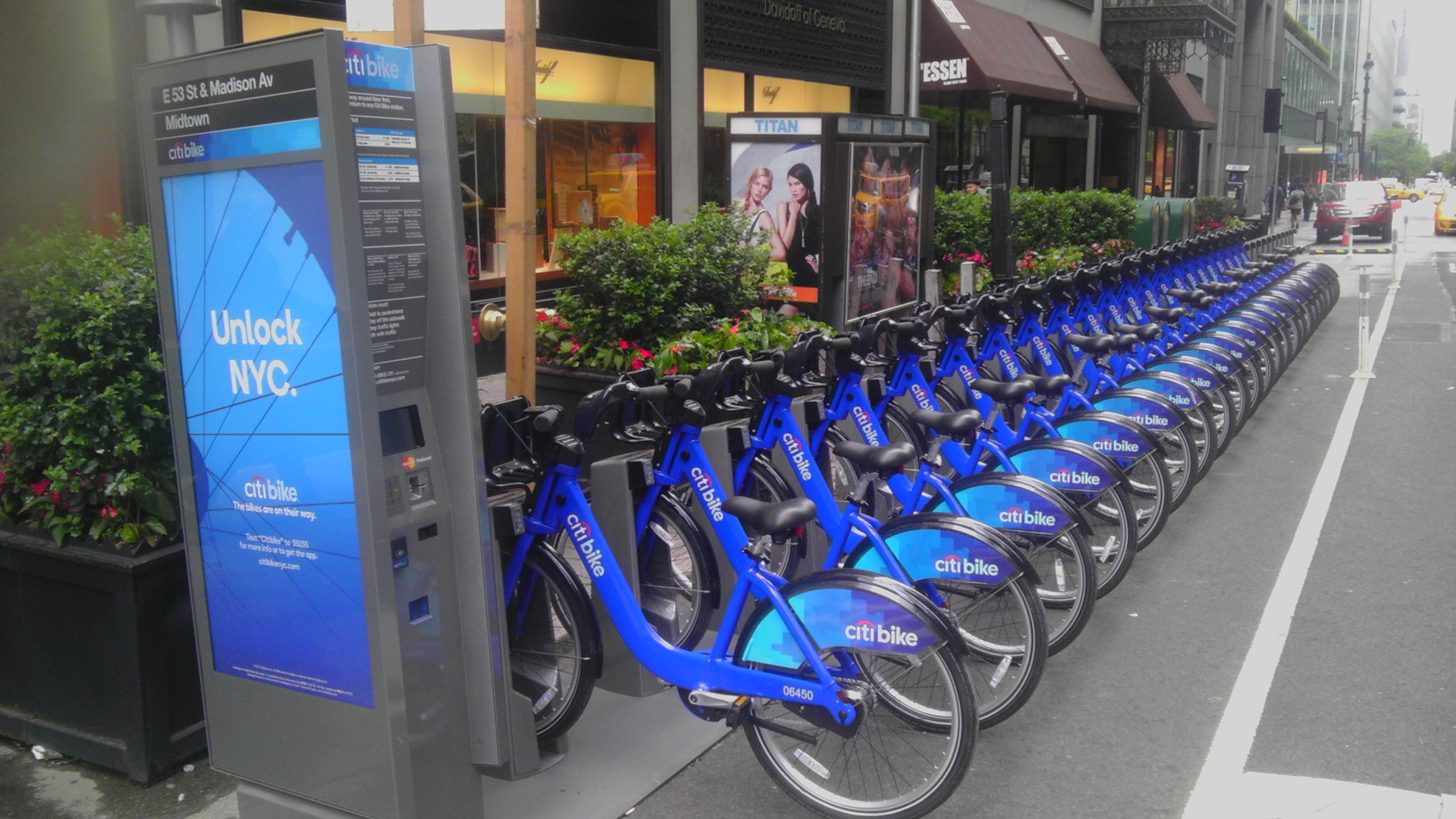 Skip the sweaty subway ride and take a spin on Citi Bike, a convenient solution for quick trips around New York City. This is definitely for the traffic wary NY resident and not the fainthearted tourist. The Citi Bike system, operated by NYC Bike Share features thousands of bikes at hundreds of stations around New York. Citi Bikes are available 24/7, 365 days a year. Station locations are based on population and transit needs, and were selected through a participatory public input process. Each station has a touchscreen kiosk, a map of the service area and surrounding neighborhood, and a docking system that releases bikes for rental with a card or key. You must be 16 or older to ride a Citi Bike. New York City is increasingly becoming a bike-friendly city and new bike lanes are popping up everywhere. 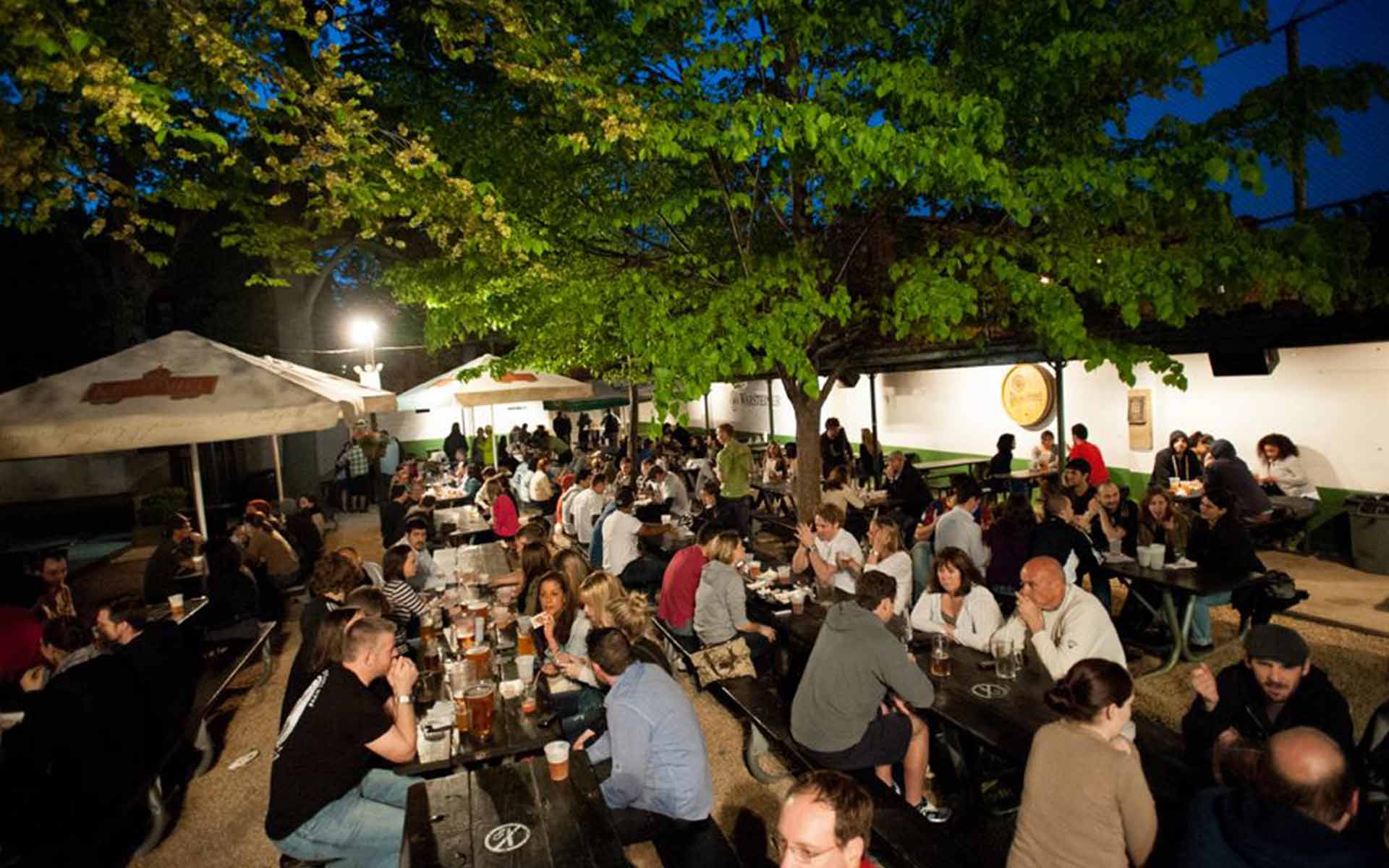 Officially known as the Bohemian Hall & Beer Garden, New Yorkers flock here on warm summer nights to drink tall glasses of ale in the spacious garden under the stars. If Franz Kafka had a favorite bar in New York, Bohemian Hall would be it—and not just because it used to be a Czech and Slovak social club and still is the central gathering spot for Astoria’s Czech and Slovak community. A city unto itself, this massive, time-warped relic has all manner of side rooms and antechambers branching off from the main bar. Wander these labyrinths after you’ve polished off a few mugs of the Krusovice or the Staropramen, and you’ll have a whole new first-hand appreciation of the term Kafkaesque. The ample garden was made for balmy summer days, but the bar itself is inviting even in the dead of winter. 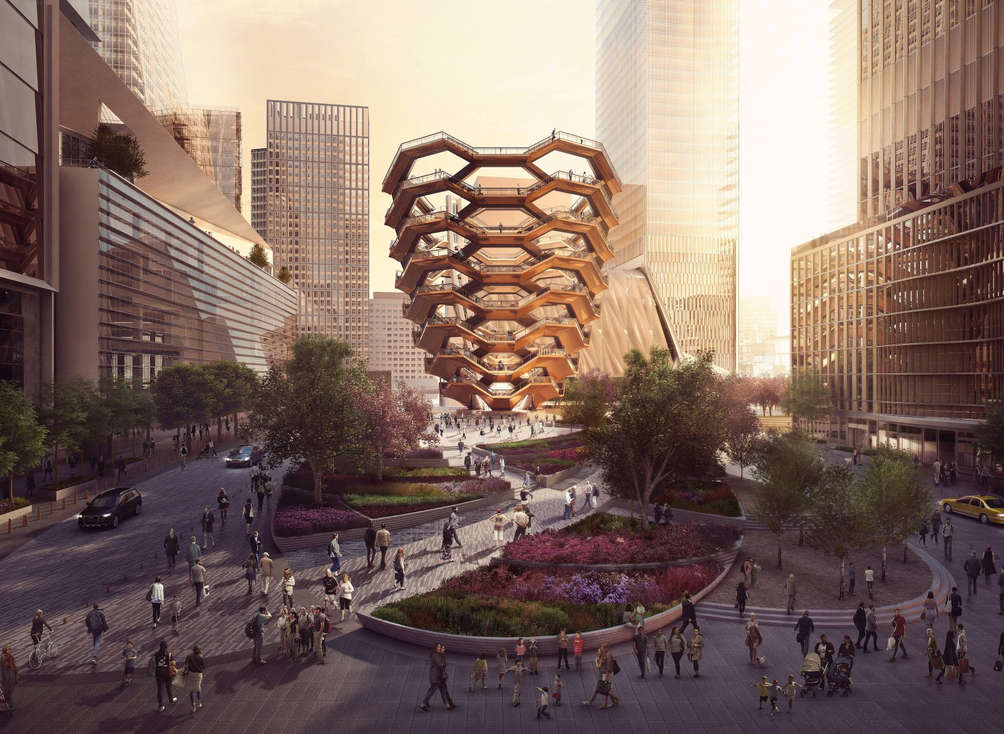 The far west side of Manhattan opened the first parts of the Hudson Yards megaproject—the largest private development in the U.S. and one that’s been in the works for nearly 20 years. Though there’s still much to do before the entire 28-acre complex is complete, New Yorkers will be able to experience this brand-new neighborhood, one that offers a glitzy 1 million square feet of retail space.

The Vessel is the copper-clad structure that looks like a cross between an Escher print and a beehive, thanks to its 154 connected stairways that ascend 150 feet to offer views of the Hudson River and Midtown. Tickets to reserve a time slot are available online and day-of tickets are available at the site. 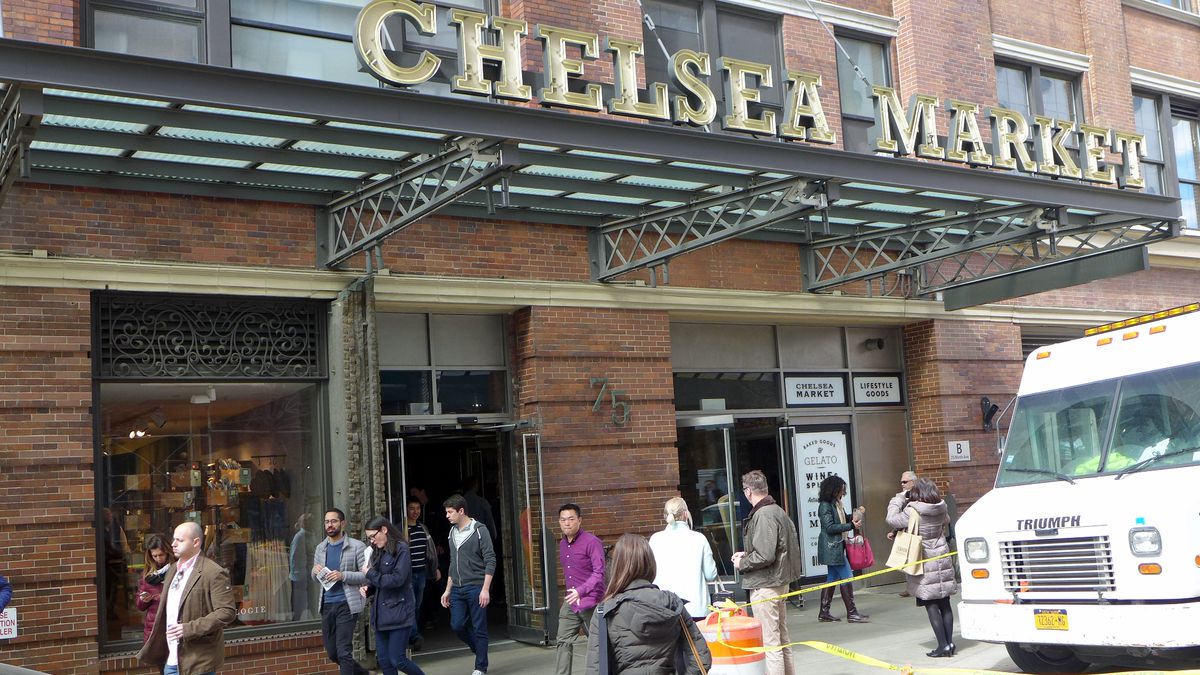 9. Eat Your Way Through Chelsea Market

A block long and a block wide and just a short walk from the Hudson River in the area of Manhattan known as the Meatpacking District, Chelsea Market has become one of the greatest indoor food halls of the world, with more than thirty-five vendors purveying everything from soup to nuts, wine to coffee, cheese to cheesecake. Attracting 6 million national and international visitors annually, it is one of the most trafficked, and written-about, destinations of any kind in New York City. Chelsea Market is a neighborhood market with a global perspective. The long history—and the stripped-down brick architecture of the building—gives the Market a unique character. 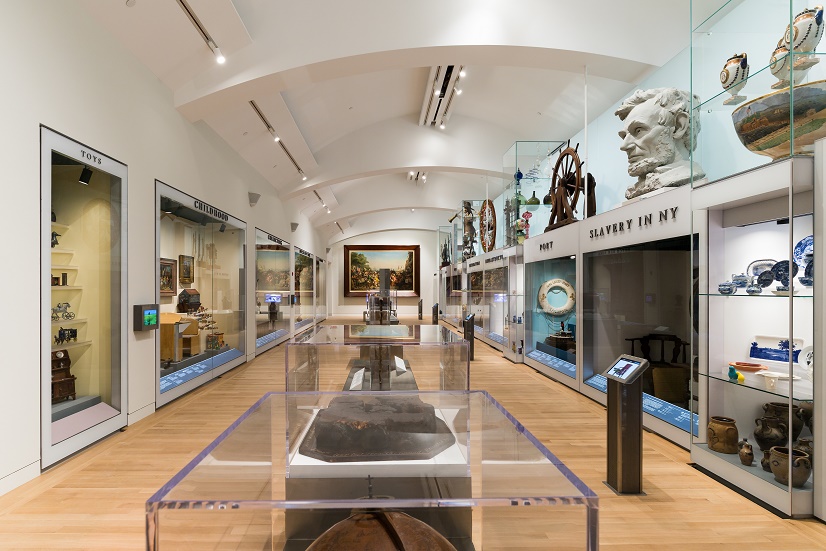 History buffs will love this Upper West Side institution. Built in 1804, it’s the oldest museum in New York City. In a nod to history, the museum kept the hyphen in its name—that’s how the city’s name was spelled back in the early 1800s. The New-York Historical Society features more than 1.6 million works that explore the history of the city and the country, including exhibits, art and historical artifacts. The Patricia D. Klingenstein Library has more than three million books, newspapers, maps, photographs and more from our nation’s founding through slavery and Reconstruction and beyond. The Gilder Lehrman Collection is also housed in the New-York Historical Society, where you can view signed copies of the Emancipation Proclamation, the Thirteenth Amendment and the Constitution.