10 Awesome Places to See Before You Die - Award-Winning Destinations

10 Awesome Places to See Before You Die

Itineraries of best places to visit before taking the ultimate trip to the Great Beyond are endless, AKA bucket lists. Things to do and places to go are a very personal thing depending on what you hope to fulfill from your experience of visiting those particular places. These can range from memories, pleasure, historical and architectural wonderment, you have the whole world to choose from with "so much to do, so little time.” 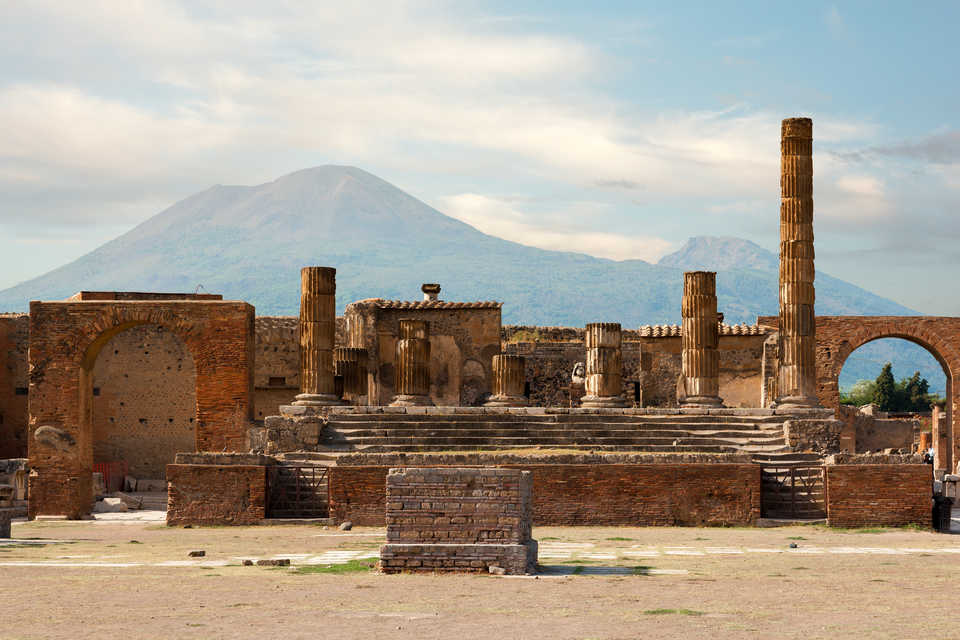 Settlers originally flocked to the site of the Roman port city because of its fertile soil, the product of volcanic ash from nearby Mount Vesuvius. Yet that very same volcano would erupt and doom the city of 10,000 to 20,000 inhabitants in A.D. 79.  Many Europeans toured the city’s ancient ruins in the decades following their initial excavations in 1748. Indeed, Pompeii became all the rage across the continent, inspiring a gaudy revival in Classical art and architecture. For present-day visitors, the real thrill of Pompeii is that the most mundane aspects of ancient Roman life have been preserved for centuries beneath fine-grained volcanic ash. Graffiti still covers walls and some of the excavated bakeries had bread loaves in their ovens. 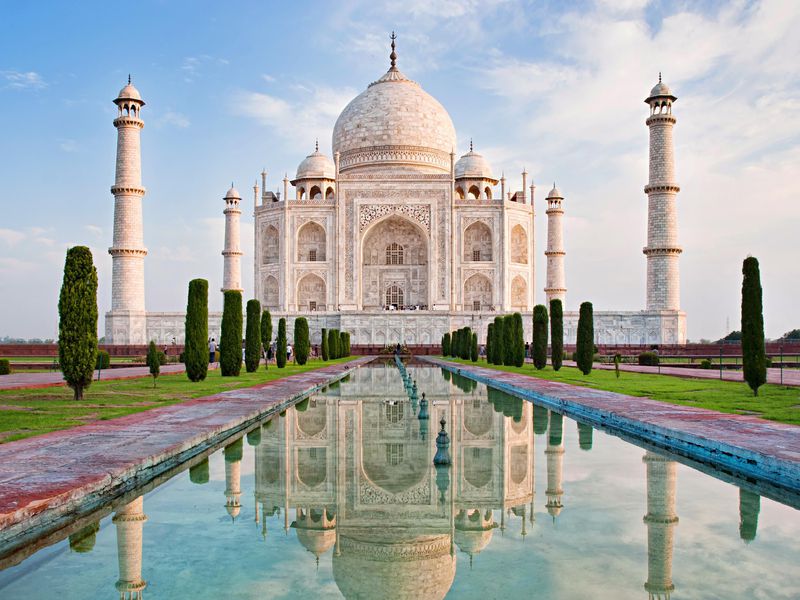 More than three million travelers visit India’s Taj Mahal every year. The white marble monument completed over some 15 years by the emperor Shah Jahan as a memorial to his wife, Mumtaz Mahal, who died in childbirth in 1631. It rises on a three-acre site on the Yamuna River in the northern city of Agra. By the mid-1990s, the Taj’s splendors such as the 187-foot, minaret-flanked dome, fronted by a reflecting pool and surrounded by a walled garden had deteriorated markedly, prompting a multimillion-dollar restoration effort spearheaded by the Indian government. The massive undertaking includes scrubbing the marble exterior and a restoration of the massive red sandstone main gates, including the replacement of semiprecious inlay. 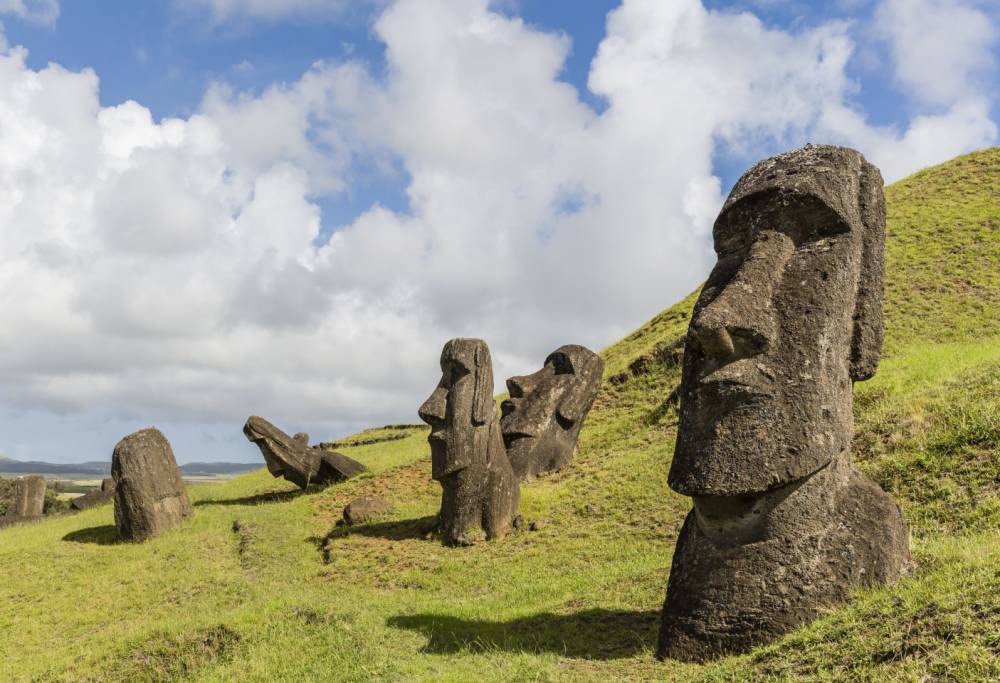 About 2,000 miles off the coast of South America sits the Chile-governed Easter Island. Just 14 miles long and 7 miles wide, it was named by Dutch explorer Jacob Roggeveen, who discovered it on Easter Sunday in 1722. It is believed that Polynesians landed on the island around A.D. 800 and depleted its resources until it was practically barren. What they left behind, however, remains one of the most captivating riddles of engineering: nearly 1,000 monolithic statues. The massive effigies, on average 13 feet tall and weighing 14 tons, are thought to represent ancestral chiefs raised to the level of gods. The real mystery is how a small and isolated population managed to transport the megalithic structures to various ceremonial sites. It is amazing that an island society had sufficient unity and ability to communicate carving standards, organize carving methods and transport statues to every part of the island 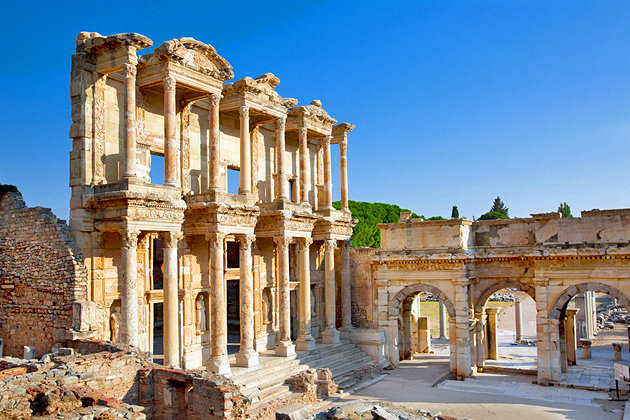 Over the centuries, a succession of empires including Greek, Persian, Roman, Byzantine and, finally, Ottoman have ruled over the city of Ephesus. Yet no matter how many times it changed hands, the city remained one of the most vibrant metropolises of the ancient world. Located on Turkey’s western coast, nearly 300,000 people lived there at its height in the second century A.D. Its busy seaport ferried goods from Asia to Greece, Italy and beyond. Ephesus’ greatest claim to fame was its temple to the goddess Artemis. One of the “seven wonders” of the ancient world, it was almost four times larger than the Parthenon in Athens. According to the New Testament, the Apostle Paul preached in Ephesus. Today, a few columns are all that remain of the temple but there is still much to see that evokes the city’s former splendor. Just outside the city stands the Church of Saint John, built in the fourth century over the evangelist’s presumed tomb and expanded into a basilica some 200 years later. 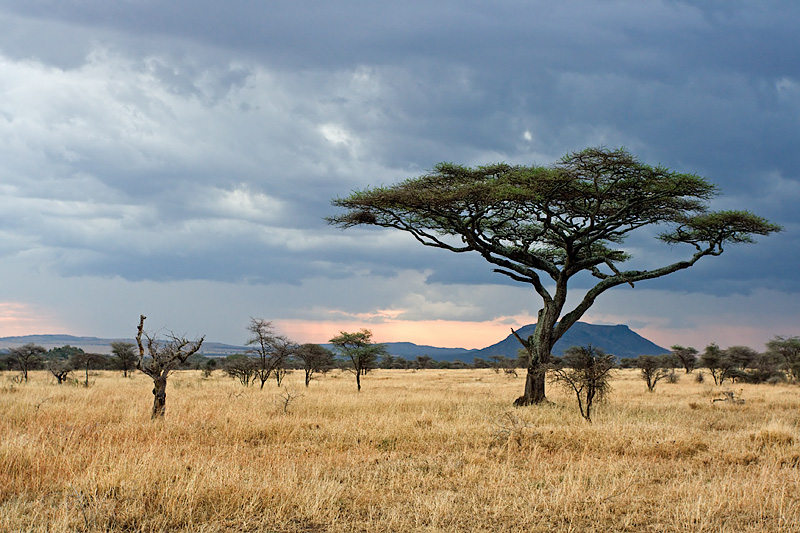 Each year an estimated one-and-a-half million wildebeests, along with hundreds of thousands of zebras and gazelles, make a 300-mile journey across the vast grasslands that stretch across northern Tanzania, then west toward Lake Victoria, east to the Ngorongoro highlands and north into Kenya. Lions, cheetahs and hyenas tenaciously pursue their prey, while hordes of crocodiles hunker down in the Mara River, eager to pick off wildebeests struggling across swift currents. The Serengeti is the only place in Africa where migrations of this magnitude occur. Aside from the long rains that drench visitors in April and May, the Serengeti is a year-round destination although what you see can vary depending upon when and where you go. 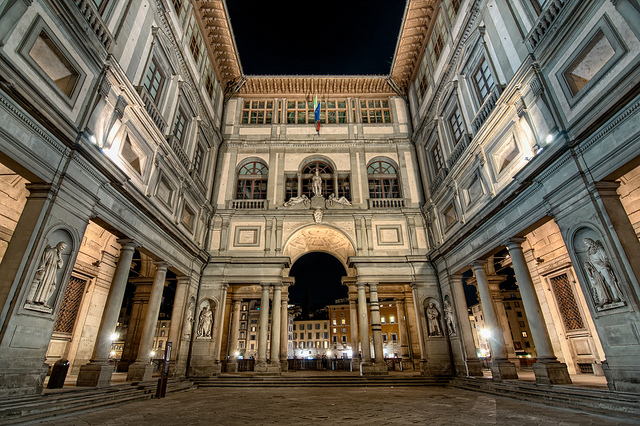 Home to a priceless collection of Renaissance art and other masterpieces, including Sandro Botticelli’s Birth of Venus and Leonardo da Vinci’s Annunciation, the Uffizi is one of the world’s oldest museums. Originally built as government offices (uffizi), the building became a venue for the display of art in 1574. Since the Uffizi opened to the public in 1769, it has survived World War II bombing raids and a disastrous flood in 1966. The 1993 car bomb, believed to have been the work of the Sicilian Mafia, caused less damage than feared. Only three paintings were deemed beyond repair. The resilience of the Uffizi is appropriate for the city that defied conventions and saw the birth of the Renaissance. “Every room is full of masterpieces, and together they chart, almost decade by decade, how the Renaissance developed.

Some 15,000 hikers suit up and climb Mount Kilimanjaro every year, the world’s tallest freestanding mountain. They hire porters and pay anywhere from $1,000 for a basic package to $5,000 for luxury accommodations. Hikers are forbidden to climb the 19,340-foot mountain, which is in Tanzania, East Africa, without a guide. The mountain is deceptive when you look at Kilimanjaro from a distance, it just looks manageable but only one in ten people complete the five- to six-day trek to the peak. The six ascent trails take hikers through five different ecosystems, from rain forest to arctic tundra, and temperatures from 90 degrees to 10 degrees Fahrenheit. After a while, you may start to think “is this really worth it?”…but it is. 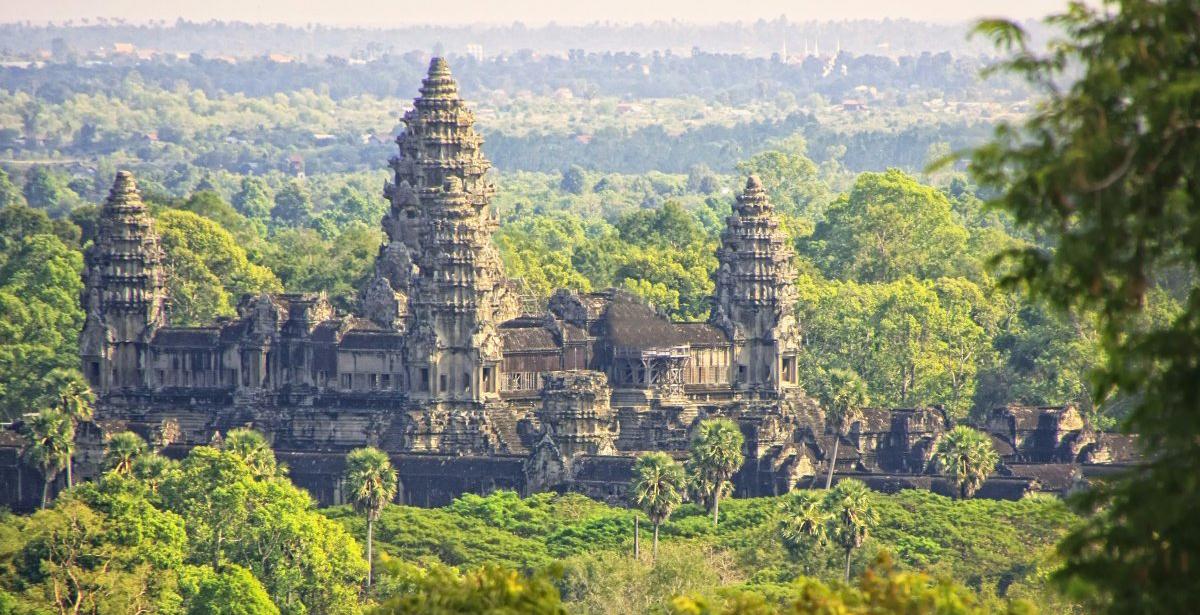 Angkor Wat in Cambodia, where “scale, artistry and location are all superlative.” Angkor Wat is actually just one of more than a dozen magnificent temples in the vast metropolis of Angkor, the capital of the Khmer Empire from the 9th to the 15th centuries. Within Angkor Wat, carved bas-reliefs illustrate scenes from the Ramayana and the Mahabharata—epic poems that are also sacred Hindu texts. Small wonder then that over two million tourists visit Angkor every year and that number is expected to increase by more than 15 percent a year. The best way to avoid the crowds is to go off-season, May-October, when you can stand quietly among ruins embedded in the surrounding rain forest. 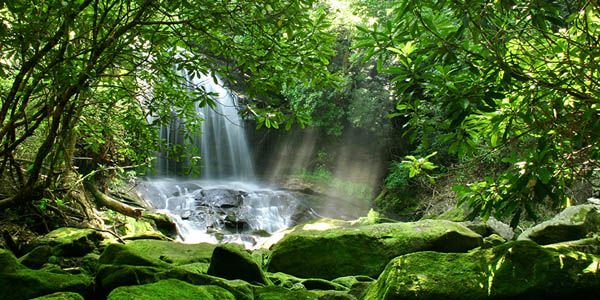 The Amazon rain forest covers more than two million square miles of the earth’s surface, spanning eight South American countries. Although the region has no seasons, the Amazon River rises and falls by as much as 30 feet during the year, and the variety of living things one can see changes with it. More than a third of the world’s species, mostly plants and insects make their home in the rain forest. But with the help of an experienced guide, you can also glimpse a rainbow of exotic creatures that includes toucans, red deer and pink dolphins. Most travelers visit the western areas of the rain forest that remain largely untouched so they may not notice that the ecosystem is under siege. Already 20 percent of the forest has been cut down for timber or burned to make way for farms, with thousands more acres disappearing each day. 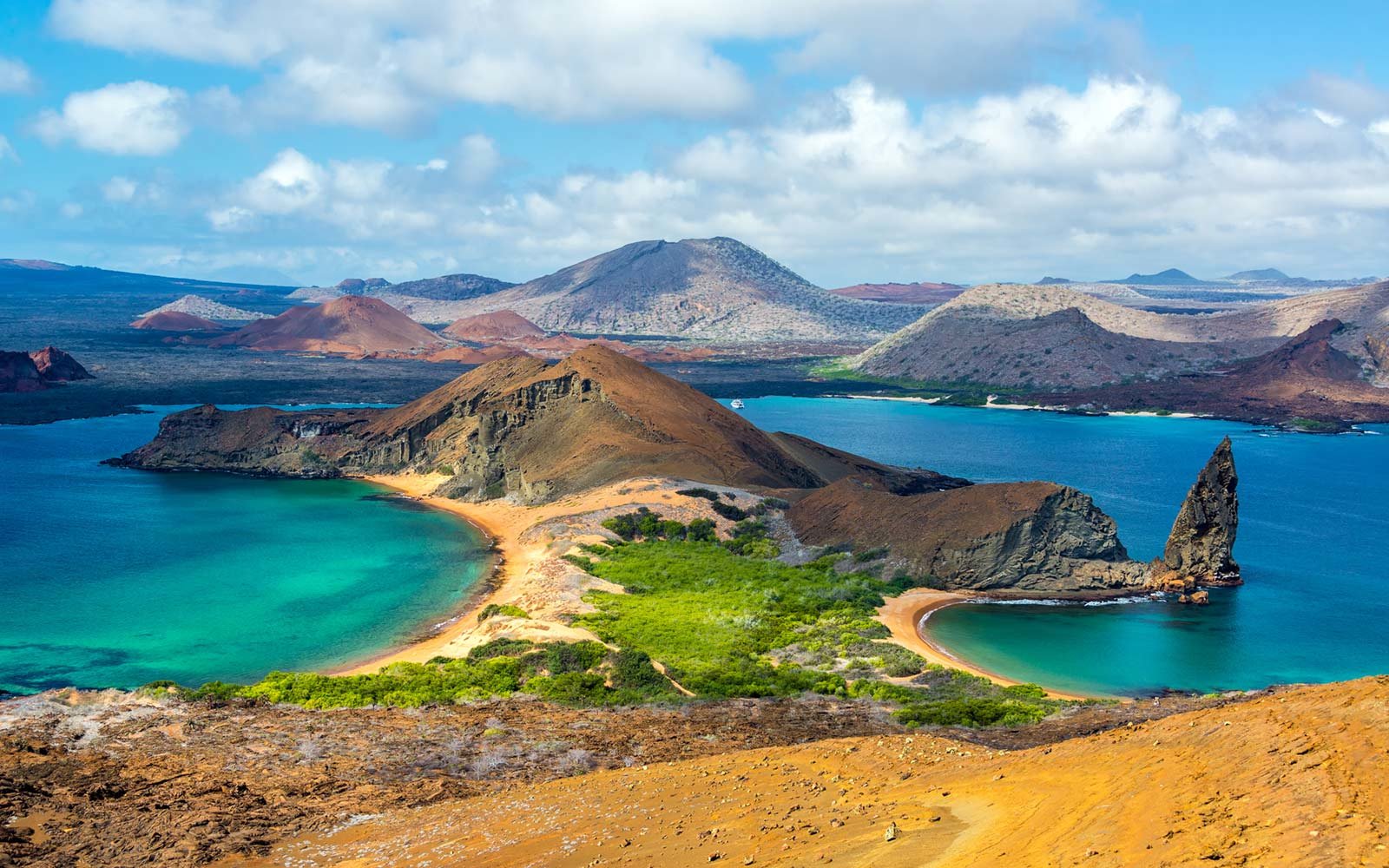 Giant tortoises and other strange conspicuously adapted wildlife that impressed Charles Darwin when he visited the Galápagos Islands in 1835 is still there. In fact, the Galápagos, 14 major and many smaller islands spanning the Equator 620 miles off the coast of Ecuador, remains the world’s most biologically intact tropical archipelago. A tourism boom is also taking its toll. The number of visitors has more than tripled in the past 15 years. The islands are mostly under the control of Galapágos National Park, which restricts access to designated areas. Tourists just stopping by for a day or two during a mega-cruise should only enlist outfitters that have a proven record of both environmental protection and a focus on enhancing the lives of the people who live there.