School’s out and it’s time for a family vacation. Now the kids are off for an entire week, it's time to leave town for a few days for a fun spring break vacation. The question is: where? The best spring break trips for families are the ones that suit everyone’s requirements and budget so consider fun, sun, adventure, sports, low-key…….so many choices. 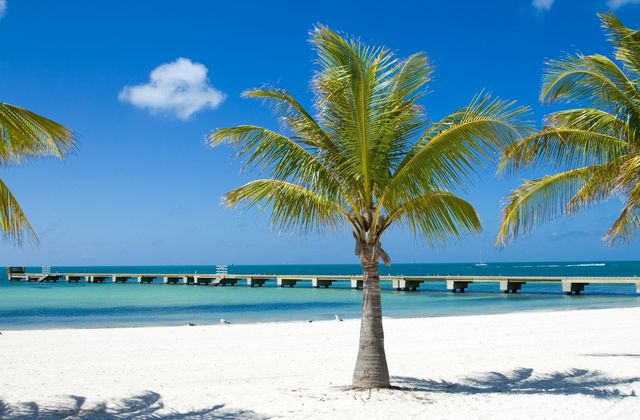 A family vacation in the Florida Keys is a good idea any time of the year but an escape to these cays and islands strung off the tip of Florida can feel like a real departure from the mainland spring break scene. Whether you base in Key Largo, Key West, or one of many islands in between, family activities abound. At The Turtle Hospital in Marathon, the kids can learn about and see sea turtles being rehabbed. Bahia Honda State Park has some of the best waterfront tent sites for camping in the entire state and runs snorkeling tours to Looe Key National Marine Sanctuary, home to some of the prettiest and best-preserved reefs in the Keys. When you want to give your legs a rest, don’t forget a trolley tour through the pretty streets of Key West when it’s time to take a break.

For a real Caribbean adventure with the family, far from the spring break and mass tourism crowds, consider Dominica. The English-speaking volcanic island rises between the French islands of Martinique and Guadeloupe in the Lesser Antilles and is reached from the U.S. via quick hops from Barbados and St. Martin. Batibou Beach on the island’s Atlantic coast is the best beach but this is an island where you’ll likely have more fun rafting down the Indian River, chasing waterfalls and hiking through the lush rainforest and jungle that drapes the entire island. 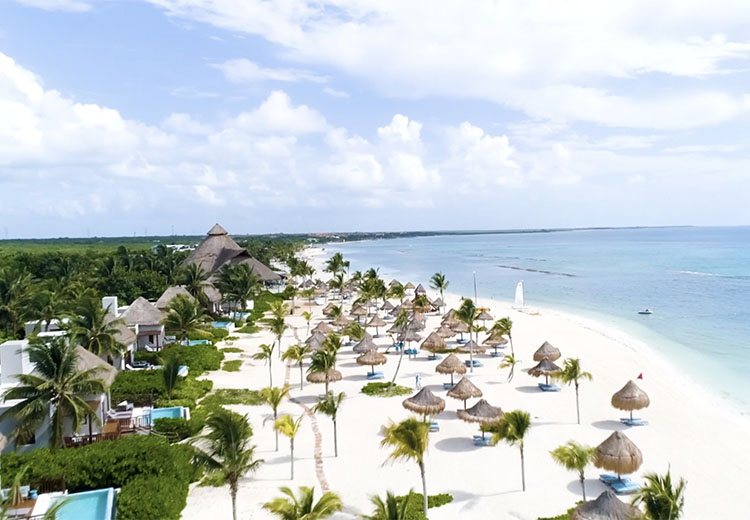 It’s along the spring break target of the Riviera Maya but nestled away in a little world all its own, the gated community of Mayakoba, 45 minutes south of Cancun’s International Airport, lives up to the meaning of its name: village of water. A network of canals connects several properties earning Mayakoba its tagline as the “Venice of the Caribbean.” Surrounded by nature, the luxury resorts here put cenotes, freshwater lagoons and beautiful beaches at your doorstep in an area where preserving the natural habitat figured large during development. Deciding where to stay among the handful of exclusive properties that include the Andaz Mayakoba, Banyan Tree Mayakoba, Fairmont Mayakoba and Rosewood Mayakoba, might be your biggest challenge. 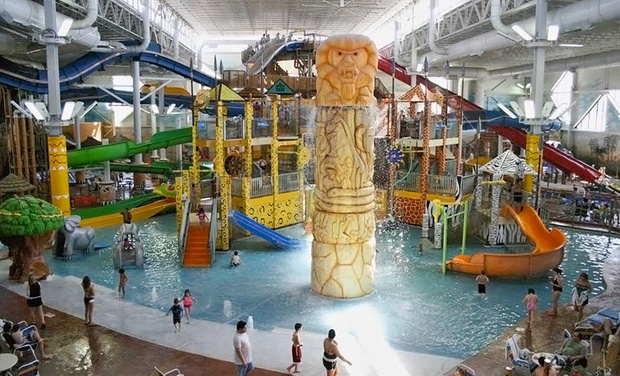 Enjoy some old-fashioned fun in Wisconsin Dells. Family water parks and theme parks abound in what’s considered the Water Park Capital of the World. Among the many water parks to put on your itinerary is Mt. Olympus Theme Park and Water Park Resort. Accommodations in and around the Dells include water park hotels, lakeside cabins, and campsites for a more rustic getaway with family and friends. Among the many other activities to keep you busy are mini-golf and family dinner theater attractions. 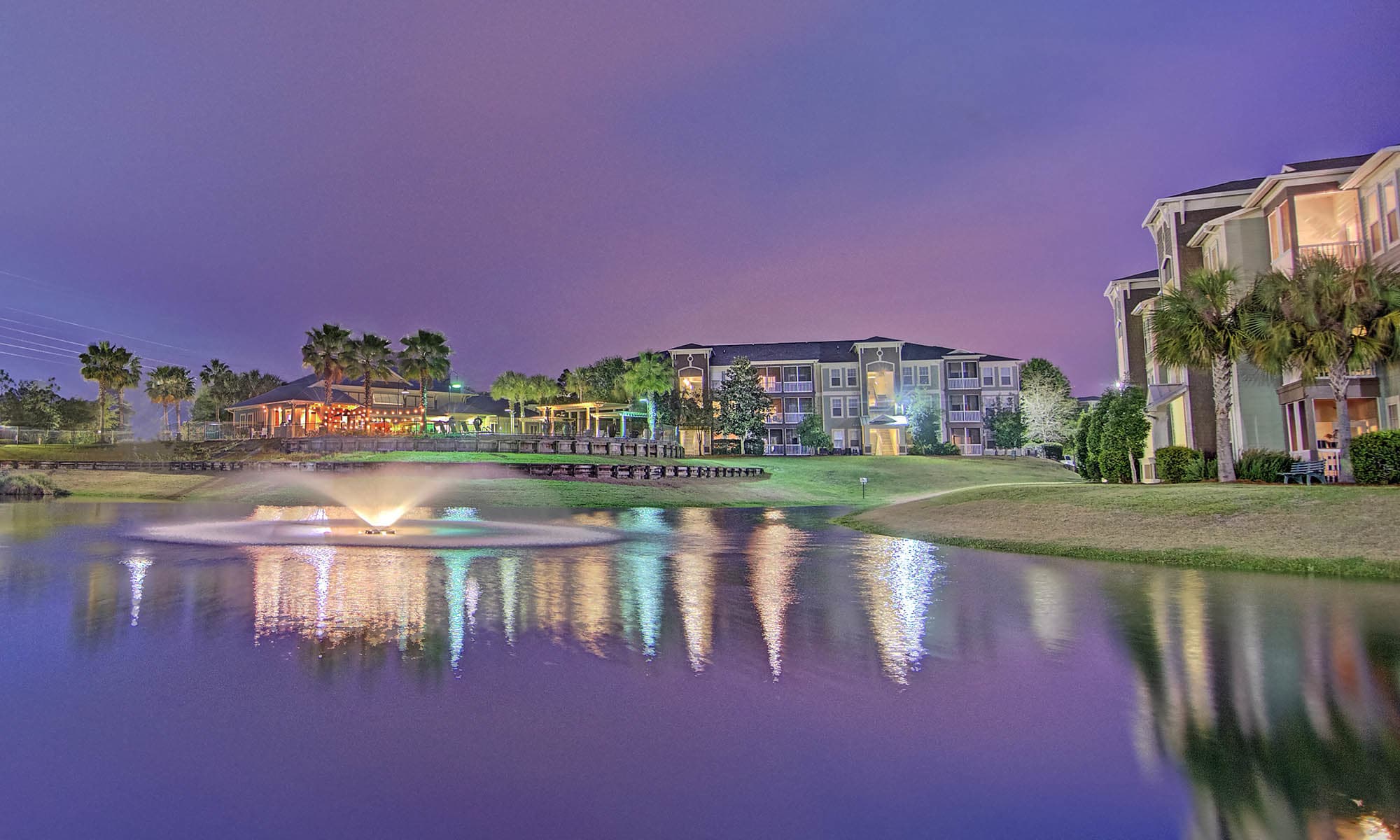 Once a raucous spring break capital, Panama City Beach has grown up a bit—and into one of Florida’s best spring break vacation destinations for families. 27 miles of powdery beaches lapped by the emerald green waters of the Gulf of Mexico. There’s plenty to do off the sand, too. Take the family on an airboat adventure to spot native Florida wildlife like alligators osprey and American bald eagles. Go for a spin on the SkyWheel at Pier Park for incredible views of the Emerald Coast or head out on a fishing trip or cruise to Shell Island on a dolphin-spotting tour. When it comes to lodging, your options range from high-end hotels to camping at beautiful St. Andrews State Park. 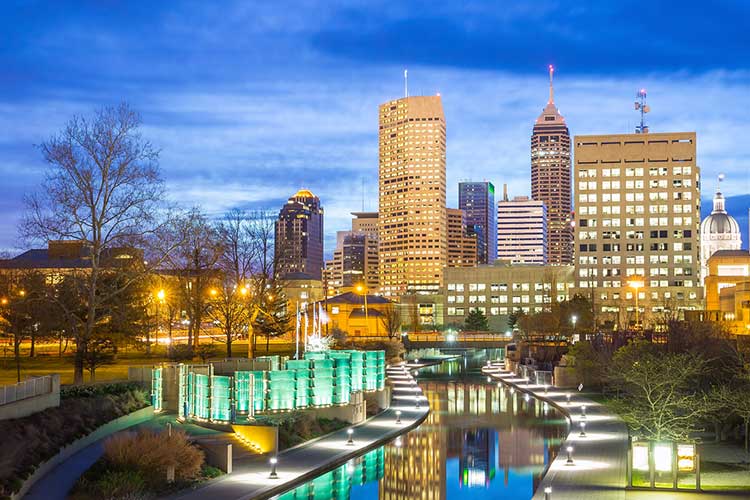 This might not first spring to mind as an ideal family spring break spot but you might be surprised by all that Indianapolis has to offer. 2020 is the city’s bicentennial so you can count on plenty of city-wide events and exhibits ratcheting up the good vibes. The world’s largest children’s museum, The Children’s Museum of Indianapolis, is a must. One of the best children’s museums for toddlers and kids, it has an incredible paleontology lab you can visit with your little ones plus other fascinating exhibits dedicated to science, weather, outer space and more. The train lovers in your family will love staying at the Crowne Plaza Indianapolis Downtown – Union Station, where you can spend the night inside an authentic Pullman Train car sleeper. The city’s new Red Line mass transit system makes it easier than ever to get around town in real life, with bus stops that connect downtown to the children’s museum. 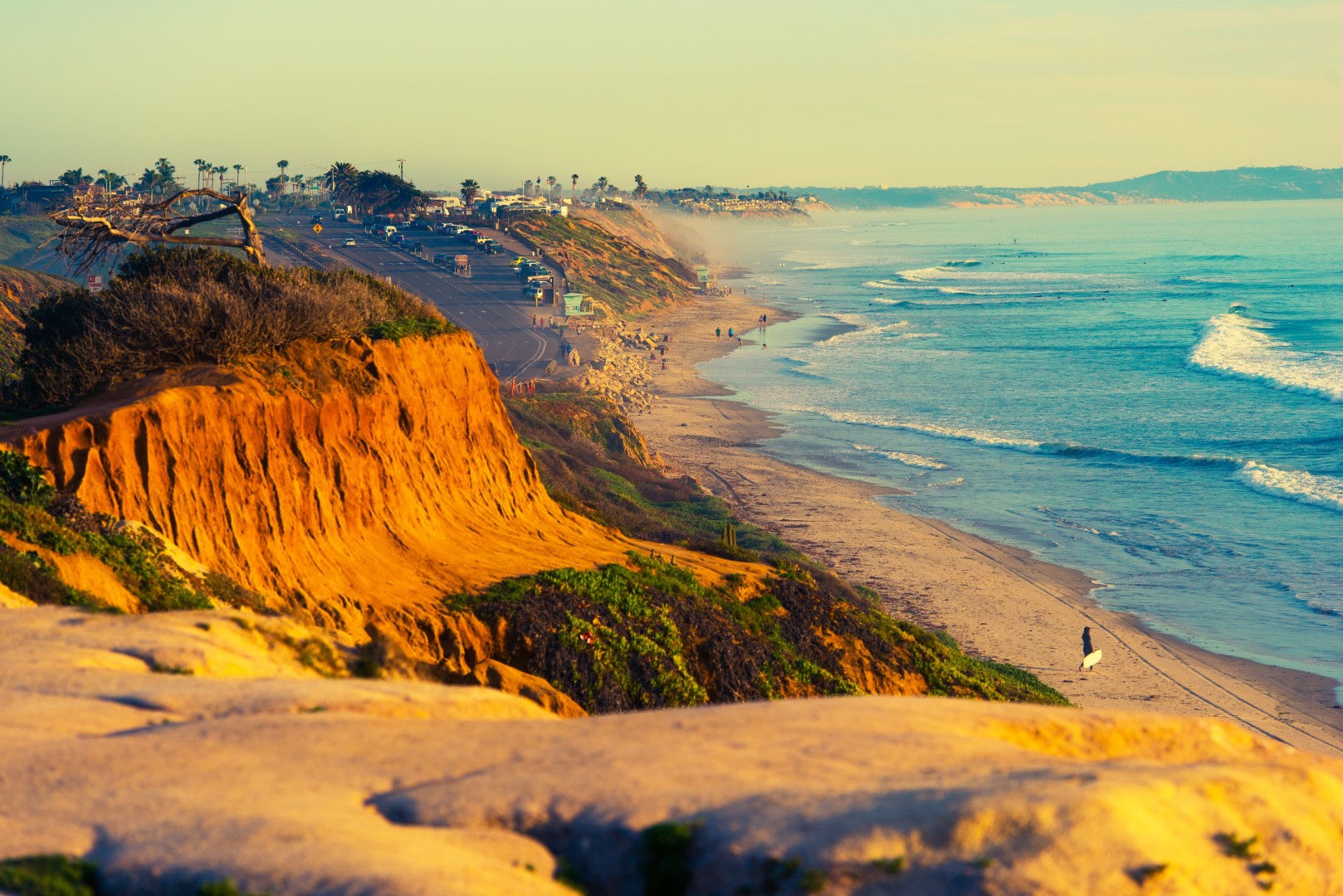 Located 30 minutes from San Diego, one of the best family spring break vacations is Carlsbad, with beaches, theme parks, zoos and museums and of course…. perfect weather. Spend a morning at the Carlsbad State Beach before heading to Carlsbad Village for snacks and shopping. Be sure to schedule a day at LEGOLAND California and the San Diego Zoo. The latter offers a special experience for visitors who are early risers. Families can sign up to see the various animals, like the pandas, up close during a two-hour tour before the park even opens. Plus, you can hop on the Carlsbad Coaster to get there—it’ll be an inexpensive train ride and the kids will love it. 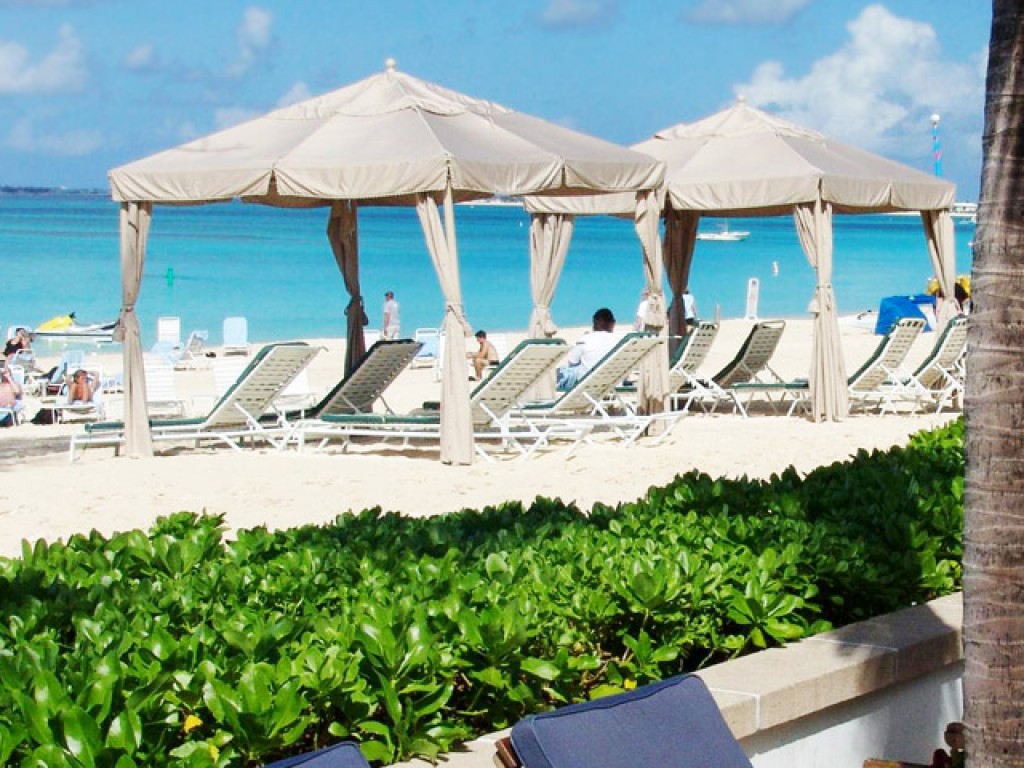 Families love Grand Cayman, the largest and most developed of the Cayman Islands, not only for its gorgeous beaches, but also because it’s easy to get to and offers much of the familiarity of home. There’s a well-developed infrastructure of island roads that are easy to navigate with a rental car, familiar hotel chains, and international restaurants in and around the capital, George Town. Seven Mile Beach will beckon you for time on the sand where powdery white sand meets the Caribbean. A visit to the north side of the island is a must where you can take tours that include glass-bottom boat rides or a visit to the famous Stingray City Sandbar where you can wade into the water to snorkel with enormous Southern Stingrays.

While the college spring breakers can be found in Myrtle Beach, the families travel further south to Hilton Head. Just off the coast of South Carolina and Georgia is a 12-mile-long, 5-mile-wide island featuring 14 miles of sandy beaches, 20 world-class golf courses and more than 100 miles of bike paths. This is the place to chill away your days in peace and quiet during your spring break family vacation. Resort choices are aplenty here with family-friendly hotels, beachside resorts, and vacation rentals available. Hop in the car for quick trips into Savannah or Charleston for a taste of the Old South and its rich history. 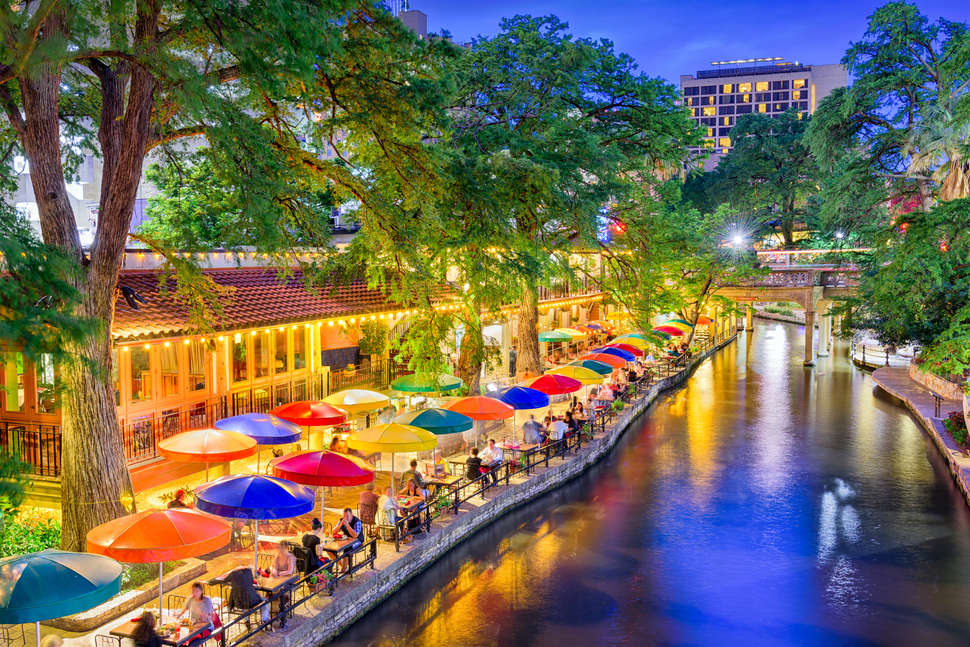 Many spring breakers head to South Padre Island but your family might like a trip to San Antonio. You’ll love to explore the world-famous River Walk with its many shops and restaurants. The five San Antonio Missions, which include the Alamo, are UNESCO World Heritage Sites, making it a great place for the kids to learn more about the cultures of Texas and Mexico. There’s plenty of entertainment opportunities, too, at SeaWorld, Six Flags, and even a toilet museum—Barney Smith’s Toilet Seat Art Museum. Morgan’s Wonderland—the world’s first amusement park created for those with special needs.