Whether you miss being in the office or love the flexibility of working remotely, COVID-19 has taught us that most Americans don’t have to be in the office to complete their jobs. If you can work from anywhere, where should you choose? 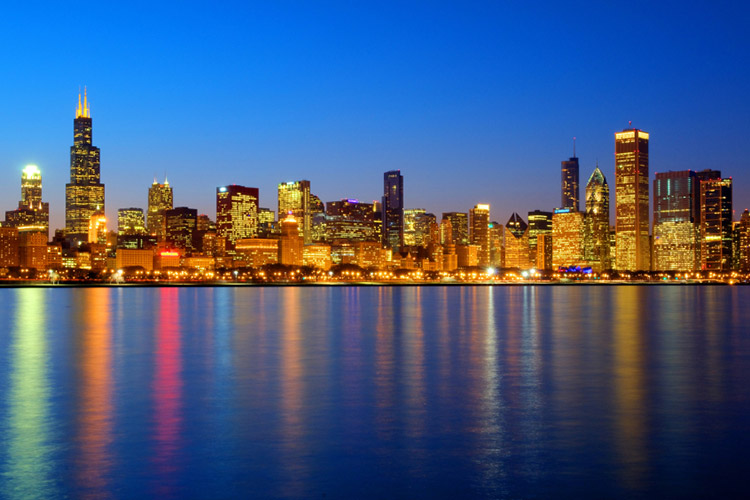 Chicago is a sprawling urban area that’s actually affordable. In fact, the median home price is just 2.6% above the national average. Still, Chicago has its fair share of multi-million-dollar homes, especially in its ritzy Gold Coast neighborhood. For those who wish to have a home base but live a more nomadic lifestyle, the city has two international airports within 30 minutes of the downtown area. O’Hare International Airport alone offers daily direct flights to 154 cities across the country and 44 destinations internationally.

Tampa residents benefit from not only cheap internet access – the lowest-priced plan costs only $31 per month – but also an enviable climate. The city enjoys temperatures that range from 52° in the winter to 90° in the summer. Recreational activities are plentiful in the area thanks to the city’s 178 parks and the nearby white, sandy beaches. The Tampa Bay area is also home to three major professional sports teams. With so much to do, it’s not surprising that the population has grown by 19% in the last decade.

Regardless of what you celebrate, Milwaukee has a festival in its honor. The City of Festivals hosts cultural festivals nearly every weekend throughout the summer. It’s also known for throwing the country’s largest – and one of the most affordable – music festivals, Summerfest, which welcomes hundreds of bands into its lakefront festival grounds for a week and a half long concert. The midwestern city has a little bit of everything: Two professional sports teams, two prominent art museums, three distinguished universities, a handful of well-known beer producers (including MillerCoors), and a number of popular parks.

Located in Florida’s Space Coast, Melbourne is the perfect place for anyone who ever dreamed of being an astronaut. With Cape Canaveral just a 40-minute drive away, residents can delight in spacecraft sightings and launches that take place at the International Space Station. Although Melbourne is known for its advances in aerospace technology, it also has an abundance of recreational opportunities. The city offers wildlife preserves for hiking, public and private courses for rounds of golf, beautiful beaches for sunbathing and surfing, and a 156-mile-long lagoon for boating and fishing. 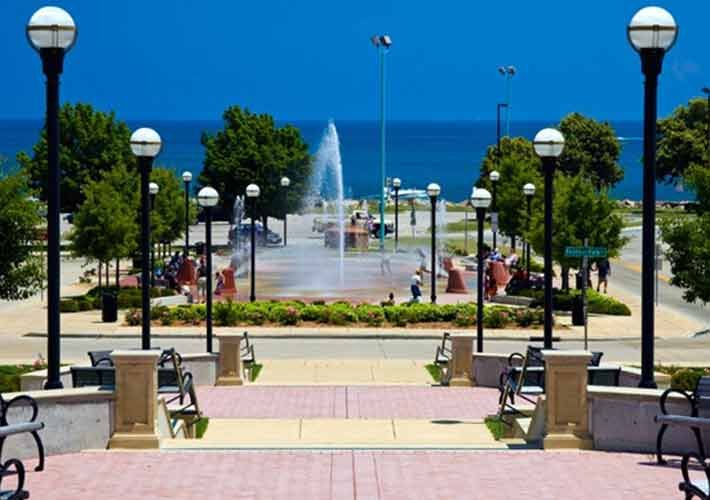 With an average download speed of 168 Mbps and real estate prices 32.4% below the national average, Racine is a great place to set up shop if you’re working remotely. The city offers residents beautiful views of the water and a plethora of aquatic sports, thanks to the fact that it’s not only built on the shore of Lake Michigan but also bisected by the Root River. Racine is home to a fine freshwater beach and Wind Point Lighthouse, a 108-foot-high structure that’s been in operation since 1880.

Residents of Raleigh are the second most educated group on this list (50.9% hold a bachelor’s or higher), probably because the tri-city region, which covers Durham and Chapel Hill, does have some of the best universities in the country, including Duke University, the University of North Carolina at Chapel Hill and North Carolina State University. Thanks to the high-quality schools, the area is also home to world-class hospitals. Although Raleigh is the capital of North Carolina, the city is still known for having a close-knit, welcoming community.

With an average download speed of 75 Mbps, Lawrence does not have the fastest internet, but it has more choices when it comes to providers than most cities of their size. Therefore, they benefit from relatively cheaper plans – the lowest-priced plan only sets residents back $38. As home to the University of Kansas, the citizens of Lawrence are actually more educated than the residents of any other place on this list. Of the adults in Lawrence, 53.3% hold a bachelor’s degree or higher, which is higher than the U.S. average by 21.2%.

Philadelphia is considered one of the country’s best cities due to its historical importance, cultural prestige, academic influence, recreational variety, and high accessibility. Once the nation’s capital, Philly has preserved much of its nearly 340-years within its historic district, which furnishes the city with picturesque charm. For those wishing to expand their minds, there is a wide variety of museums that celebrate both the arts and sciences, many of which can be found around Fairmount Park’s 2,000 acres. While the city may be known for Philly Cheesesteaks, the culinary scene is far more sophisticated, having received quite a bit of recognition over the past few years.

Despite what you may have heard, Detroit is in the midst of a renaissance. The Motor City features a culinary scene with a number of James Beard award-winning restaurants and world-class museums that include the Detroit Institute of Arts. The fact that the city is still reinventing itself means that residents get to enjoy discounted housing costs. Detroit’s median home value – which is the lowest of any place on this list – is 52.6% below the national average of $263,200. Yet, perhaps, more importantly, the city is a close-knit community of friendly individuals who are enthusiastic about their hometown. 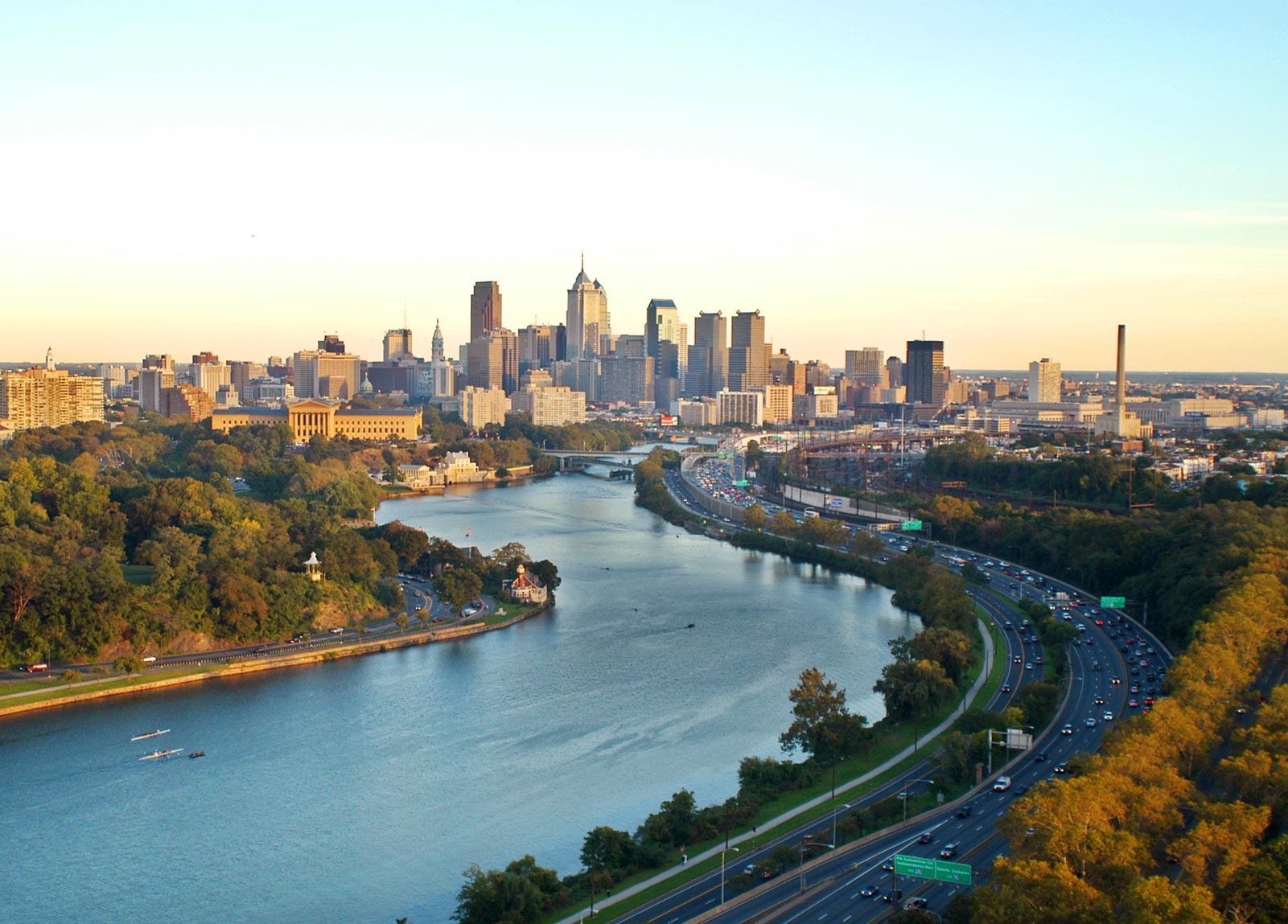 Allentown is a great place for architecture and art aficionados on a budget. The area is filled with historical homes that feature Victorian, Federal, and Craftsman styles, as well as a few century-old industrial buildings that have been converted into loft-style apartments. The West End Theatre District contains the Art Deco-style Civic Theatre, a black box theater, European-style cafes, and a variety of diverse boutiques. A pedestrian-only Arts Walk connects the Allentown Art Museum and Baum School of Art to the PPL Center, a 10,000-seat arena that hosts 150 events a year.

Situated along the Hudson River, not far from the Catskill Mountains, Kingston is comprised of just 7.5 square miles. Although the city’s internet plans, the lowest of which is $64, are not cheap, residents favor Kingston’s quaint, historic architecture and walkability. Kingston has gone through a number of reformations in its nearly 370-year history. Most recently, the area has become home to artists of all mediums, thanks in part to the Midtown Arts District Initiative, which has worked to develop a creative economy that provides job opportunities to local artists.

Atlanta has become one of the fastest-growing cities in the country, thanks to the nearly 80,000 individuals who have made the city home over the last decade. Perhaps the city’s popularity stems in part from the fact that residents are never at a loss for things to do. Atlanta is home to five major league sports teams, a Tony Award-winning theater, a 92,000 square-foot museum dedicated to the Coca-Cola Company, and the largest aquarium in the Western Hemisphere, which features 10 million gallons of fresh and saltwater exhibits.

This Upstate New York city is just 150 miles north of NYC, but its cost of living is 135.5% cheaper than Manhattan. As the capital of New York, much of Albany’s economy is fueled by the government, whose buildings make up much of the downtown area. However, as you move further north, the city takes on a more creative, eclectic vibe. Center Square features colorful 19th-century rowhouses and is centered around Lark Street, which is filled with lively restaurants, bars, and art galleries.

With the Wicomico River flowing through Salisbury, this small town has developed into the urban focal point of Maryland’s Eastern Shore. The area boasts many amenities, especially for outdoorsy types. Salisbury includes a slew of parks, including Salisbury City Park, which houses the local zoo. For those who enjoy long hikes or bike rides, the Naylor Mill Forest Trail provides residents with 90 acres to explore. Baseball lovers can play at the Henry S. Parker Athletic Complex or sit back and enjoy the Delmarva Shorebirds, Salisbury’s minor league team. 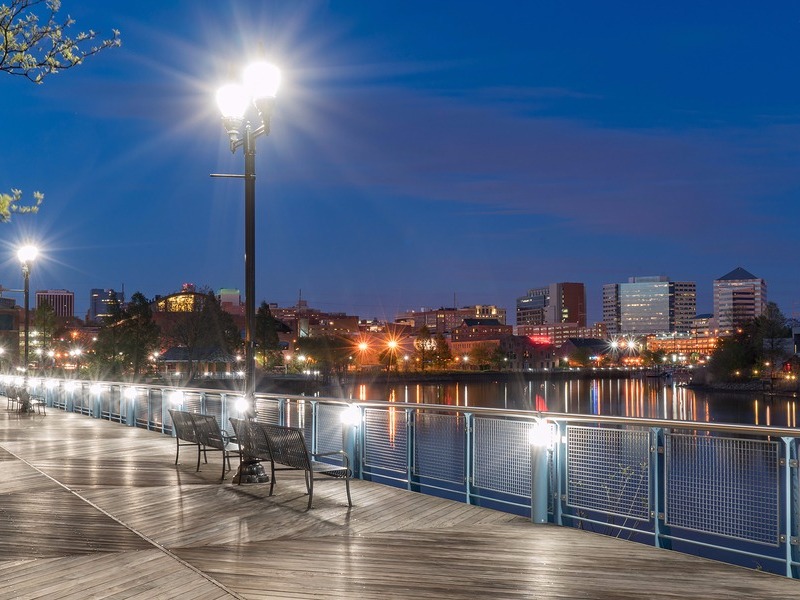 Wilmington may be on the smaller side, but with an average download speed of 147.8 Mbps, the city has faster internet than many places on this list. Having been revitalized over recent years, Wilmington’s downtown has been extended and a Creative District has been created to promote the production and enjoyment of the arts. For a city of its size, Wilmington has a remarkable arts scene, which includes a major art museum, an opera house, a ballet company, a Shakespeare company, and a number of theaters and music festivals.